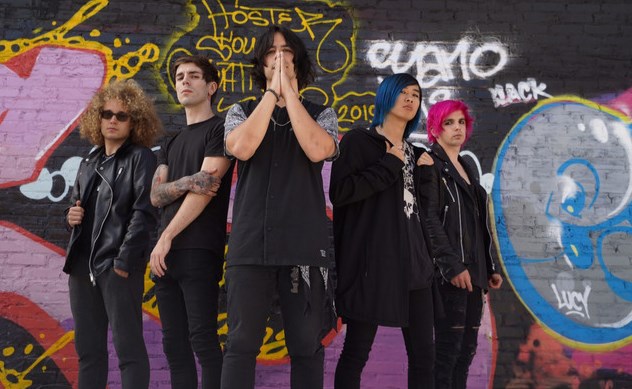 Popular band Hollywood Nightmare takes the industry by storm by surprising the crowd with their groundbreaking music anthem ‘Fire’ that shows off their musicality.

(WorldFrontNews Editorial):- Los Angeles, Apr 13, 2020 (Issuewire.com) – Music can be scary at times, especially when a fire raged young Metal core band like Hollywood Nightmare comes into form to put out their best foot in the world of hardcore metal music. The weight in their creativity is something that cannot be merely put into words but needs to be experienced in volume to soak in the true feels. Coming from Los Angeles, this five-piece band doesn’t create songs for the weak-hearted but gives away an electrifying vibe to the electronic fans. The explosion of their music is truly groundbreaking as the band members focus on pouring in hard-hitting melodies to set the stage on fire. Their sound incorporates elements of early Linkin Park’s Nu- Metal electronic music concept which is stylistically mixed with catchy grooves and thrilling screams like Slipknot.

The band’s which was founded by Marcus Menace and lead guitarist Scott Mik in 2016 October has come up with their new single ‘Fire‘ that is all about banging guitars, loud recurrent drum strikes, heavy instrumental inflows that are skillfully backed by a very impactful and powerful voice of the main vocalist. The song rightfully offers one of the wildest sonic treats to the metal core music lovers. Band members Scott Mik (lead guitar), Kyle Davies (lead vocals), Luke Nightmare (the drummer man), and Jesse Korkola (second guitar) have fantastically proved their skills all along and made the song stand out from every aspect. All the members drive with the same vision to establish an influential heavy metal band while maintain their angry kids spirit from the 2000s.

‘Fire’ is undoubtedly the band’s one of the most attention-catching creations that explore their musicality and presents it to the audience as a way of reflecting their bold musicality. Hollywood Nightmare draws their inspiration from Linkin Park, Escape The Fate, and Motionless in White to create such crowd grooving anthems and are currently working on their next project Inferno that is sure to be another masterpiece from their end. Listen to the track on Spotify and follow them on Facebook and Instagram for more such performances.