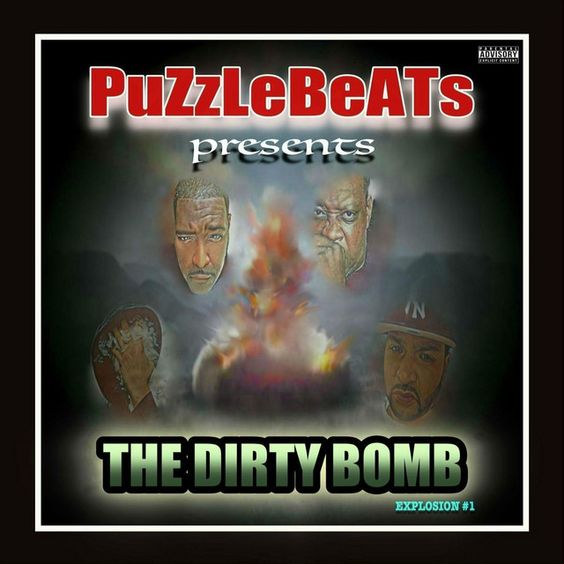 (WorldFrontNews Editorial):- Bronx, May 5, 2020 (Issuewire.com) – Playing the roles of the coach, sound engineer, composer, instrumentalist, and much more singlehandedly, a music producer is the most integrated part of any musical creation. Eminent music producer PUZZLEBEATS has been the backbone of numerous popular soundtracks in the industry like ‘Thugery‘ featuring IIIa Ghee, ‘We Don’t Do Those‘ with Blitz Bundy, and ‘Blicky‘ ft Blitz Bundy with his distinctive sets of melodic patterns that go through a vigorous experiment with chord arrangements resulting in the creation of most unorthodox gritty hip hop beats of the decade.

This gifted producer is responsible for the creation of a rare versatile sonic treat that explores the various elemental substances of different tonalities with a firm grasp on the fundamental mechanics of the genre. He singlehandedly produced an entire double album called ‘BRAND NEW OLD SH!T episode 2’ by Paydro Large displaying his inimitable unorthodox urban production style, gaining a lot of attention from the hip hop enthusiasts all over the world.

Working with platinum recording artists like IIIa Ghee, P LARGE, LIQUID, and newcomer YUNG ELI, the owner of the label LNFMUSIC INC, PUZZLEBEATS employs his command over the use of the rhythmic vocals of the singers, refusing to compromise on the lyrical or rhythmical aspects of his compositions. Concentrating on synchronizing touching lyrics with the dexterously mastered bassline and groovy beats, his powerful creations ‘Thugery‘ featuring IIIa Ghee, ‘We Don’t Do Those‘ ft Blitz Bundy, and ‘Blicky‘ with Blitz Bundy create a ripple in the music Industry. Follow him on Spotify, Instagram, Twitter, and YouTube and look out for his upcoming album ‘DIAMOND GRENADES‘.

We Don’t Do Those: https://open.spotify.com/track/5wxTYibdYYOId2zKyTACfV