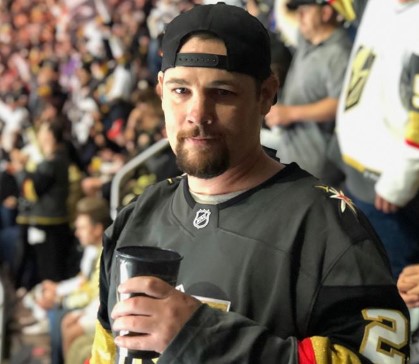 Upcoming hip-hop artist Recline is independently presenting some of the most captivating elements of the genre in his newly released track, ‘Tough Skin’.

(WorldFrontNews Editorial):- Henderson, Jun 1, 2020 (Issuewire.com) – Hip-hop’s lyrical intensity is one of the most conspicuous and significant components of the genre that give each song structured and thematic formatting. Following the same path of a straightforward lyrical display is upcoming artist Recline who has taken the lyrical extravaganza of hip-hop to a whole new level of the personalized saga. He recently released his new song, ‘Tough Skin‘ that has set the benchmark of musical mellifluousness and spontaneity through its edgy composition of complementary rhythmic patterns. The song’s thematic encryption lies in making oneself discover the confidence even after a failure or loss brings them down to the shadows. The song is a metaphor in itself that sets the different stages of life’s limitless expanse pointing at the inevitable stances of defeat. The song again makes a shift encouraging the protagonist of the verses or the audience to gather self-confidence to relive life with a skin that is tough enough to be invaded by emotions, experiences, or defeats.

The sound and harmonic arrangement of ‘Tough Skin‘ is in sync with the contemporary techniques of electronic modulations. However, the track is beautifully arranged and adorned with a virtuous creative pursuit that this upcoming independent artist is keen on sharing with his audience. The song is an excerpt from his upcoming album, ‘No Secrets’ that is set to release very soon. An honest, unadulterated, and emotional breakdown of lyrics and music, Recline is out to conquer the hip-hop spectrum with his perseverance and conviction. Some of his songs that have expanded the scope of his career furthermore include, ‘To Whom I’ve Killed’, ‘Rules’, ‘First Flight’, and ‘Silhouette’ among many others.

The soundscape formulated by hip-hop artist Recline is an existent lyrical saga of real-life situations where there is always an ongoing struggle of maintaining the balance between responsibilities, relationships, and passion. He took these factual elements and themes and turned them into an expressive hip-hop glide that redefines modern-day musical prospects like no other. His biggest inspirations were iconic hip-hop group Bones Thugs-N-Harmony who unknowingly helped him discover his sound and style. Follow his work on YouTube and Facebook for an unending story about the essence of life and existence.