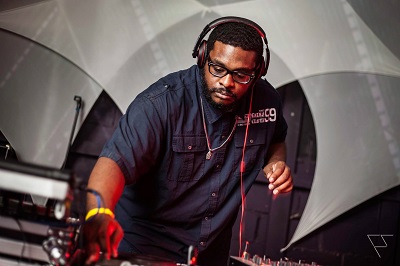 The new sound producer from the United States, Ajaxbeats has joined the force of master-class musicians by producing several new EDM records on Spotify.

(WorldFrontNews Editorial):- Pittsburgh, Jun 12, 2020 (Issuewire.com) – Music is the purest form of feeling that knows no boundaries and the American musician  Ajaxbeats has made all about emotions and nature’s reflection on this big planet that people overlook. Instead of delving his creativity into lyrical songs, he found it can be better expressed with only the magic of rhythms and melodies. He had whizz-bang popularity shortly after he released his debut ‘Humid Dreams For A Frigid Reality‘ in 2018.

Ajaxbeats has become a popular name in the industry for the back-to-back mega-hits he has offered to the loyal supporters who find an escape in his tunes. He is the musical scientist who never fails to amaze the audience with his experiments to breach the gap of demographic music. ‘Mitochondria‘ and ‘Cro Mag‘ are the latest addition to his production house Ajaxbeats which are the perfect blend of deep bass and trance music. His music has a touch of Neo-Platonism that elevates the listeners to the astral realm surrounded by the chaos of the present.

He is the upcoming, immensely talented mixologist who has solved the mysteries of creating futuristic beats without rejecting the present outlook of music. ‘Prime Time‘ is another musical piece that traces his savage design of jungle vibes into a light hip hop structure to come out as a brand-new singularity. ‘Humid Dreams for a Frigid Reality 2‘ (HD4FR2) is finally out in the market and on all the online music stores since June 19th. Follow him on Instagram, Twitter, Facebook, SoundCloud, and Youtube to stick with him forever in trance.