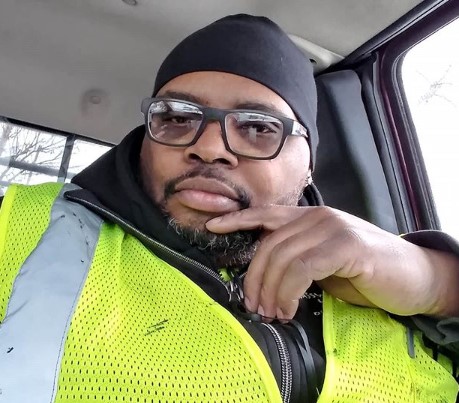 (WorldFrontNews Editorial):- Warren, Jul 13, 2020 (Issuewire.com) – The creative aperture of rap and hip-hop never fails to deliver some of the most unhindered and expressive lyrical sagas in the collective spectrum of music. This time, the responsibility of highlighting cultural and social subjugation through music’s artistic profanity is artist Calik and his soundscape of invasive and impactful lyrical modules. He recently came out with the single, ‘ALREADY‘, a diversification of known hip-hop characteristics that takes the audience on a journey of reconsideration and self-reflection through its innovative lyrical throw. The song is adjusted with the right juxtaposition of rhythmic beats that allows the words to follow in a unanimous bond. The song’s thematic structure is hard-hitting and makes us question reasonability in the light of social, cultural, and religious bigotry. Overall, this song has redefined critical truth and reality and given the audience to rejoice their choices without looking back at judgments.

The visionary of the artist is to convey truth through the binds of artistic expressionism. As a result, his soundscape is a balanced blend of entertainment as well as the wisdom that will collectively push cultural evolution towards creative salvation. In ‘ALREADY’, he puts in all his essence of musical and hip-hop insight as his vocal authority transcends into the diverse undulations of the song. All through his career, he has been an independent artist which has allowed him to perceive, deconstruct, and structure music without any proximal limit. Some of his other songs like ‘EXCUSE ME’, ‘Look At Me Now’, and ‘Words Have Power’ are all engaging confluence of hip-hop elements with his vocal notoriety providing an enriching experience with each of them.

The thematic resonance of Calik‘s soundscape is based on his life and his struggles as he searched for truth through his lyrical shoutouts. He is a transparent storyteller who believes in unadulterated expressions, something that is eccentric to his personality and the collective hip-hop stage. He hails legendary artists like Rakim, Ice Cube, Biggie Smalls, 2PAC, and contemporary artists like Young Ma, Ludacris, and Eminem as his biggest inspirations. His final album S2G (Secular To Gospel) is in works and will bring his creative career to a full circle. Follow his work on YouTube, Facebook, and Instagram for a timeless regeneration of lyrical hip-hop and more.

To watch out the music video ‘ALREADY’, visit below: