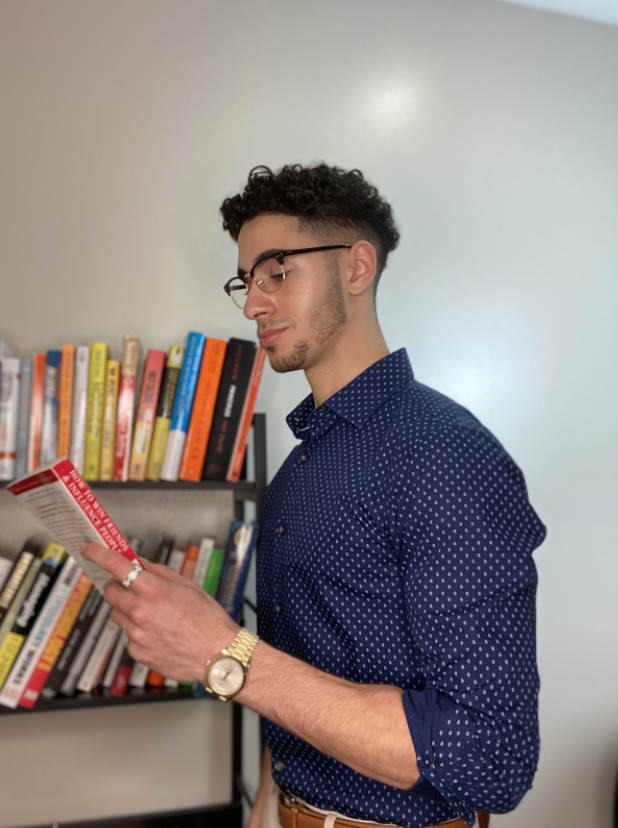 (WorldFrontNews Editorial):- New York City, Jul 16, 2020 (Issuewire.com) – There are many reasons why young aspiring entrepreneurs are reluctant to start early — one of them being a lack of income for capital or a lack of experience or degree.

However, the latter did not intimidate Samir Kahlot at all.

In 2017, Samir dropped out of college to dedicate all of his time to pursuing his goal of becoming a successful business owner. A completely bold and brave move, Samir had been working in retail at a Tennessee mall for about three years. His experience made him realize that neither a degree in business management nor his current position would get him to where he envisioned his life.

Armed with his savings and his sales experience, Samir invested in an embroidery machine and hoodies to design and sell online. Samir did not quit his retail job because then he will not have any means of earning money while he was still in the first few stages of his plans. Instead, Samir funneled 80% of each paycheck towards his startup clothing brand.

From the very start of Samir’s journey, learning was one of the things he could count on and became a massive part of his success.

The internet was Samir’s first go-to, containing access to valuable information. Samir spent countless hours on Google and YouTube, researching and educating himself about some of the basics of business: e-commerce, advertising, website design, and branding. Samir created a website to list all his custom-designed hoodies, sweatshirts, tees, and phone cases and began sending these products to influencers and friends to create and promote content. His efforts have been rewarded with a growing following on Instagram and started making sales. It was just the start.

Samir absorbed and gathered insights from anywhere he could find. He took up Facebook advertising courses, listened to audiobooks, and even joined mentorships of several successful entrepreneurs. Each of these sources of learning has improved Samir’s business in some way, growing his revenue to up to six digits and expanding his reach more.

Eventually, he came across Hayden Bowles on Instagram, who was earning $100,000 in a single day, and Samir knew he had to learn from the master. The day after being mentored, Samir more than doubled his daily sales. He finished the year with his first $100,000 a month.

Once Samir built the momentum for his business, scaling and managing Facebook ads became more natural and almost effortless. It led Samir to start four more niche brands in 2019, where Samir was free to explore and develop his own marketing and branding techniques by trial and error. Through his own techniques, Samir hit his $100,000 a day mark.

Today, Samir aims to guide aspiring business owners by offering courses on his business strategies and approaches. Samir knows the importance of learning and offers to work directly with his clients long after the consulting calls.

All Samir Kahlot wants to do now is to lead others, just like what successful people did before him and for him — guiding him to learn and grow. Without them, along with his motivation and hard work, Samir would not be where he is today.