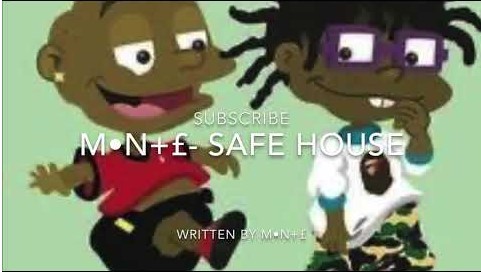 (WorldFrontNews Editorial):- Atlanta, Jul 30, 2020 (Issuewire.com) – Musical cycles in hip-hop have gone through the waves of cultural and social change and what we have today is a captivating admixture if various influences. Upcoming rapper MN+£ is creating a significant platform to express the lyrical impact of hip-hop and the result is an engaging arena of various creative purposes. He recently came out with the single ‘Safe House‘ that captures his potential not just as a composer but also as a performer who is out there to speak his creative mind through his music. The song has the lyrical and thematic power to apprehend your soul to an odd two-minute-long transcendence of understanding and reasonability. The takeaway is an immense inspiration that will be carry forwarded as artistic virtue.

Upcoming Atlanta rapper Monte has started with his music career as a teen. His experiences culminated in a mellifluous soundscape of lyrical and rhythmic symbiosis that is being appreciated by the audience immensely. Although very new to the industry, his potential shows how far he will go with his journey as an artist and as a storyteller. Hip-hop has many sides to it and is one of the most virtues social and cultural means of expressionism and he has extracted that very individuality of the genre and turned it into a glorious identity through his creative interpretations. His skills as a rapper deserve a separate accolade as his ability to construct lyrical modules through the structure of rhythmic patterns is apt and spontaneous.

Hip-hop and rap have been important elements in the overall evolution of music as a global art form and now, MN+£‘s contributions to that broadening are proving to be equally significant. ‘Safe House‘ established his depth and wisdom as an artist and his rapping abilities set him aside as a performer of the mass. His other songs like ‘Inter-Steller’, ‘BS-188’, ‘Core’, and ‘Posture’ are also receiving steady appreciation from the audience’s end. The thematic membrane of his lyrical verses are conscious, pragmatic, and insightful and collectively put out a defining theme that stands relevant to the current times. His association with home label MonteTheMusic expands his canvas and purpose of sharing his music with the world. Follow his work on YouTube and Twitter for a beautiful course of musical motivation.