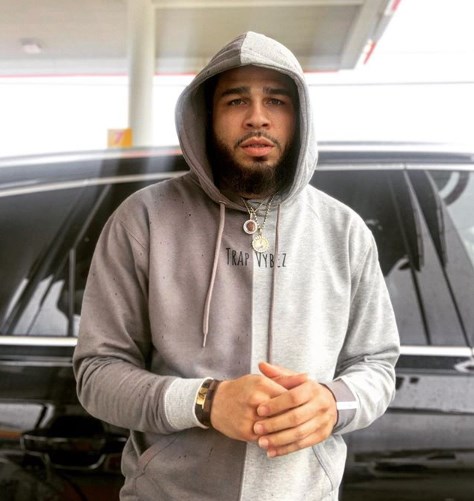 (WorldFrontNews Editorial):- San Diego, Aug 10, 2020 (Issuewire.com) – The new hip hop artist Nosleep Kilo has to share so many stories and the amazing skills of rapping out the ubiquitous boredom of having a simple life and big dreams that have already come true, so nothing left to chase following the limitless skyline. He needs a break from his disoriented lifestyle and finds solace that will change him from a misanthrope. The official music video titled ‘Aint Lettin Up‘ is about the humdrum publicity that is not true and the continuous pressure of living up to the name that he earned with his hard work and artistic caliber. Ranting about having everything in life is probably not that common but he wants to share his part of the story through the raw rap verses in the fascinating music video and stains everyone’s heart with his bleeding judgments and disgust for the monotony of life.

His panache for hip hop music is not hard to observe; the swift change of tones while leaping from one line to another according to the words that impart specific emotions out of his numb face tells you about the unhappy soul. It was produced on August 2, 2020, and already grasped a huge buzz around it on YouTube with views more than a thousand. With a red, ritzy car and big glasshouse by the beach, it is out of the question that he has achieved the success that he wanted. Girls are desperate to be his bae but he like a tiger, captures the territory alone, without any promises to keep. He is America’s one the most exciting new talents who’s video was anticipated for a long time. As the music industry starts to resurrect in its usual flow, he chooses the time to let his momentum of music catch some attention in the world with the new release.

Nosleep Kilo shot it in San Diego with the aim to roll some good time during the quarantine with limited friends for a limited time. He dives into the water and showing his jet-skiing moves to make it entertaining with all the heavy-hearted rap rants and infectious melodies. The hip-smacking beats of the video make it a good fit for the summer parties and the bouncy bassline will make you dreamy. Money, fame, and success; everything will be nothing if you can’t enjoy the moments in your god-gifted life. One time, he cribs about the stress of rocking the industry, and on the other hand, he is proud of his cool friends and family, big projects that make his time fly like a jet plane. It is the part of his upcoming EP ‘quarantine vybez’ that will soon be out on all platforms. Stick your eyes on YouTube and Instagram for the upcoming releases.

To watching this video ‘Aint Lettin Up’, click the given below link :