The Barons Magnify their Presence with a New Well Designed Soundtrack ‘Lonely Change’, Showcasing their Uniqueness 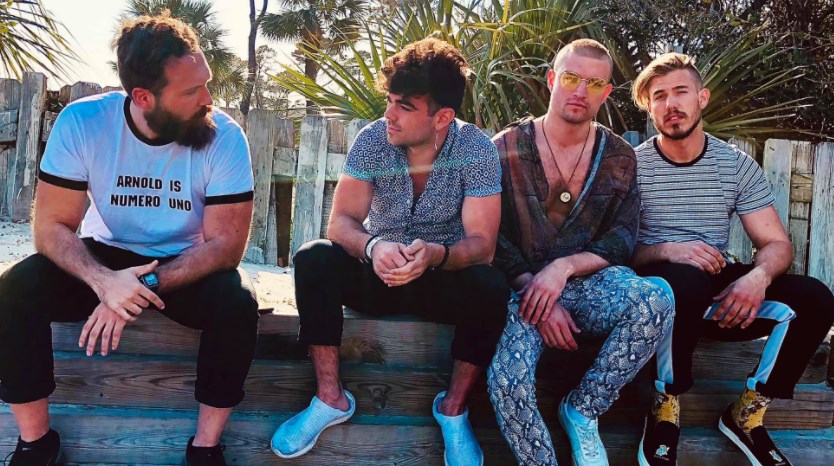 The Barons impresses all with their immersive new creation ‘Lonely Change’ that showcases the band’s emotional depth and unique way of keeping things emotive.

(WorldFrontNews Editorial):- Charlottesville, Nov 2, 2020 (Issuewire.com) – Hailing from Virginia, an alternative band that has stunned the audience with their intricate signature style and heavy pop tunes are The Barons. The four-piece band brings forward their exclusive songs that are focused on themes of love and fear and gives it an ethereal polished touch by implementing their fresh rock n roll music. Having sharpened their skills with extensive touring, all the band members with frontman Peyton Alley, lead guitarist Josiah Ragland, bassist Bowen Reed, and drummer Maxx Turner have intertwined their explicit abilities and created their exclusive new single ‘Lonely Change‘. The song is a soft, emotional creation that envelops plenty of expressive lyrics and sentimental hooks throughout.

Their art shines brightly throughout the soundscape as the lead vocalist has the power to create magic with his warm vocals and the accompanying instrumental sounds create a havoc impression of their unique music-making. The band and its collective essence are truly one of a kind as both their writing and singing style is much more intriguing than any other in the genre. The song ‘Lonely Change’ has been crafted with care by including all precious sonic elements to keep the feeling genuine and raw. The main focus has been given to the songwriting that touches every inch of your heart with its intricacy.

The Barons are most popular amongst the college circuit as their heartfelt musical creations resonate with their early 20s fan base. The group derives its inspiration from The 1975, The Band Camino, and others to create their melody line and are collecting genuine praises from the audience all over. Listen to the track on Spotify and follow them on Instagram and Facebook for further details.