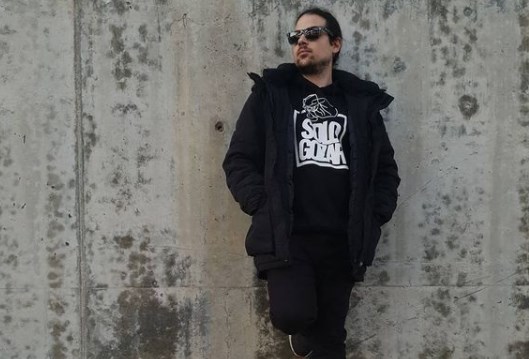 Hailing from Spain, Jack Red has come up with latest tracks that blend the flavors of Spanish music with hip hop and RnB. He is known for in-the-house production.

(WorldFrontNews Editorial):- Badajoz, Nov 25, 2020 (Issuewire.com) – Spanish music composer and producer Jack Red is providing some exquisite music with his latest musical projects. The latest single ‘2×2’ showcases the artist’s unparallel musicianship while collaborating with A. Cheeze. The Spanish rapper has done an amazing job while complementing Jack’s amazing musical arrangement of hip hop music. Another single named ‘Dime que sí’ also provides some engaging R&B grooves while T.Dom joins the team with the eclectic lyrical flow. These two tracks are creating a huge buzz in the international music industry regardless of any lingual aspect.

The Spanish music as well as international music is getting enriched by Jack’s musical contributions. The beatmaker originally belongs to Badajoz, Extremadura in Spain. Later on, he relocated and Madrid and nurtured his musician skills by learning sound engineering from SAE Institute. With talent and skill, this artist started making his own arrangements to produce all kinds of music like rock, new wave, metal, jazz, blues, ambient, experimental, etc. Such versatility in his compositions provides a unique flavor of his sheer individuality which can be noticed in the tracks ‘2×2’ and ‘Dime que sí’.

The sound engineering skills of the musician had helped many other artists to develop their tracks with high-quality music and production. Some of his previous releases prove the consistency of this artist. A nine-track instrumental EP called ‘Inspiration is always late’ in 2014, following with ‘Natural’ in 2015 and ‘A.O.A.S.’ in 2016 are some of his inspirational projects. Follow Jack Red over Facebook, Instagram and Twitter to get more updates on his upcoming music.

Listen to these tracks check out the given below links :