SixTwoSeven waves its Raw, Noisy Core in the New Singles of 2020 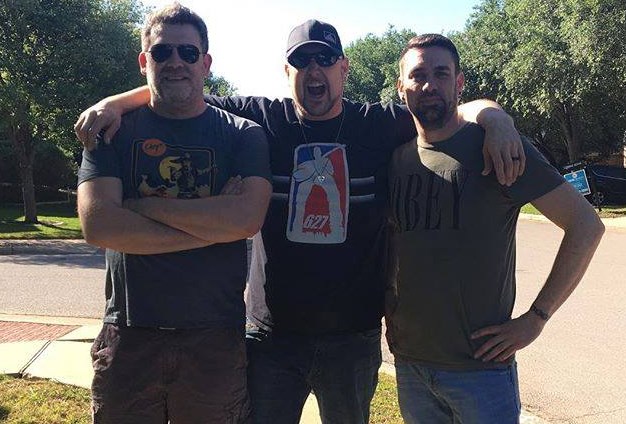 Distract yourself from the banal creations with the dark, heavy and transhaping rhythms of rock music with the distilled sound of SixTwoSeven’s new songs on Spotify.

(WorldFrontNews Editorial):- Gig Harbor, Dec 3, 2020 (Issuewire.com) – The sound of SixTwoSeven‘s rock culture seems as fluent as the live choruses, making an impression of hammering out in rehearsals, but that comes from the studio-fresh records of 2020. Leaving behind the dark fate full of pangs, the band comes up with breathtaking performances that will lead you to get out of your cocoon and witness the slow metamorphosis. Boost your psychological power with the greatest hits from the new rock band. ‘One Night Stand / Escape Clause’ is the antidote for the obsessive rock lovers who want to burn the dark emotions out. From recovering from betrayal to induced natural vigor to sketch yourself as heathen, you will find an individual space from their savage tracks.

‘Escape Clause’ is a new song produced by DubSeven Records which becomes a wide-eyed hit this year. The deep, dark staccatos with screeching distortions rise as the purest form of hard rock. Greg Bilderback’s brainchild is the alternative rock band out of Gig Harbor. He cultivated the idea to manifest his assiduous flair of rock and roll in the form of a rock band that reshaped the industry. He added Michael Knapp on bass and the band started to grow from one to five members with a switch from 2016. They recorded their first EP in 2016 with Legendary Sub Pop producer Jack Endino. They have left an impression wherever they went. From Portland to L.A, they sublimed with the live crowd, making a show to remember. The band was nominated for a ROSSI Award for Best Rock Band in 2017.

SixTwoSeven bags the title of rock hitmaker again with the new single ‘Motormouth’ that is out on Spotify. 2020 has been a bustling year for the band that produced relative music throughout the hard period. Use the charismatic tunes of ‘An Engineer’s Lament’ to enjoy the ephemera of the mystic cycle of life. They have released a hallucinating gothic music video for the track on Youtube as well. Get all the latest single on Twitter, Facebook, Instagram and Spotify.

Listen to these tracks check out the given below links :