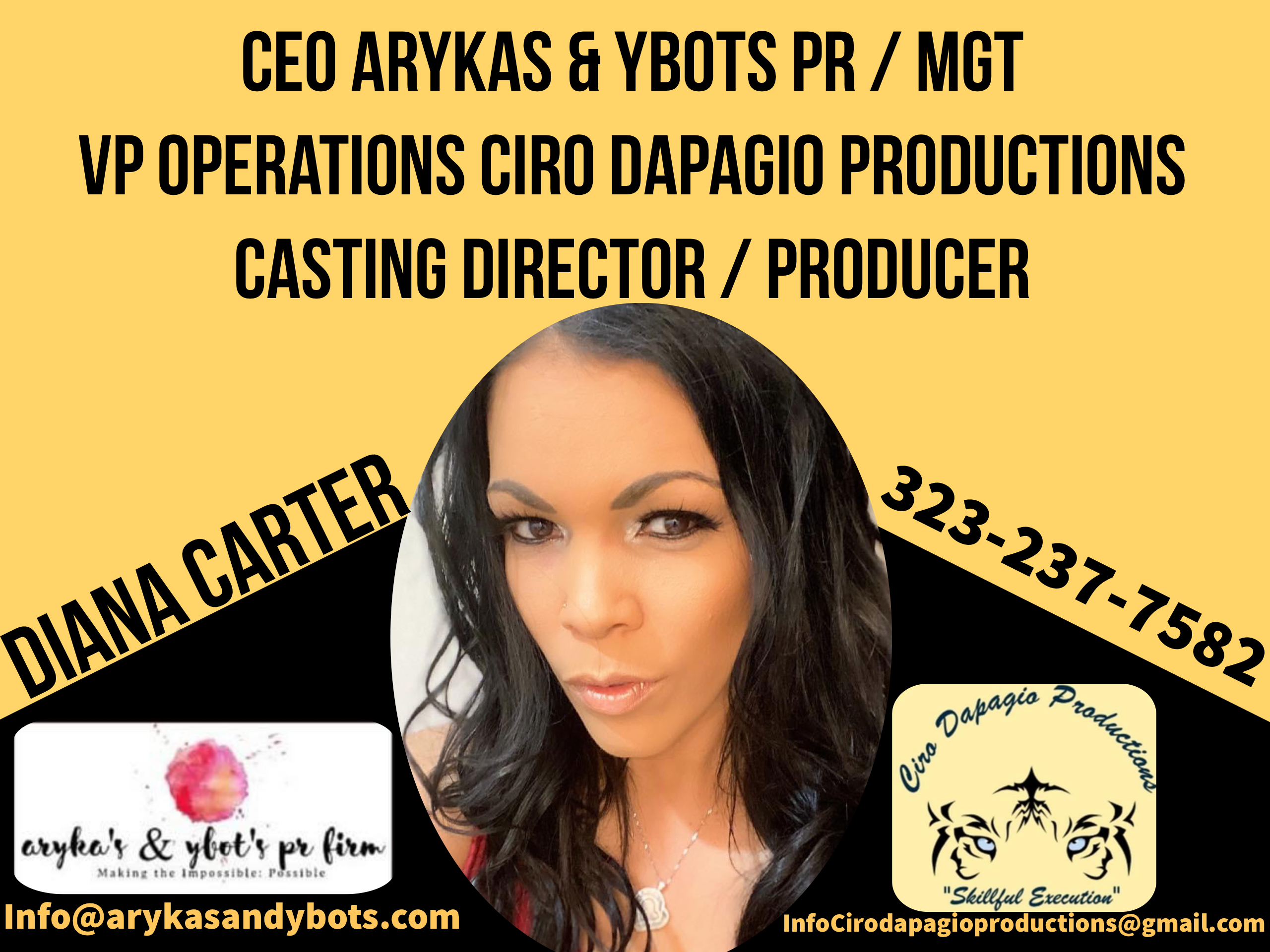 (WorldFrontNews Editorial):- Hollywood, Dec 7, 2020 (Issuewire.com) – Meet Diana Carter CEO of Arykas & Ybots PR in North Hollywood, nominated for 2021 FORBES inaugural Top Next 1000, inspiring entrepreneurs on their way to great success. The Next 1000 list celebrates the ambitious sole proprietors, self-funded and pre-revenue startups who are redefining what it means to build and run a business today, especially in the “new normal.” They are proof-positive that American entrepreneurship remains resilient, vibrant, and ever-changing.

Diana is a US ARMY Veteran, High-powered Hollywood Film Producer, Talent Manager, Casting Director, Distribution Rep, and Senior Public Relations Analyst. Diana is the CEO & Founder of ARYKA’S & YBOTS PR based out of Hollywood with offices in New York City and soon Atlanta/London.

ARYKA’S & YBOT’S PR Firm, dedicates their time to understand what works and what doesn’t when it comes to brand acceleration and innovation. They specialize in talent publicity and branding; their approach will give your business that extra adrenaline shot it needs. Aryka’s creative team takes the time to understand your brand and finds the most effective way to convey that to your audience from strategy to implementation.

Diana is also the VP of Operations, Distribution/Sales for Ciro Dapagio Productions. Ciro Dapagio is the creator, writer, executive producer and a leading man in the international award-winning web series “The MobKing” which has been picked up by Wanda Halcyon Television. Dapagio is a multi award-nominated and winner content creator, producer, and leading man.Ciro Dapagio Productions can bring your vision to life. Our mission is to produce visual content that resonates with the viewers, regardless of genre, scale, or platform. From the overall strategy to organize, execute, produce, and manage the multifaceted post-production process. 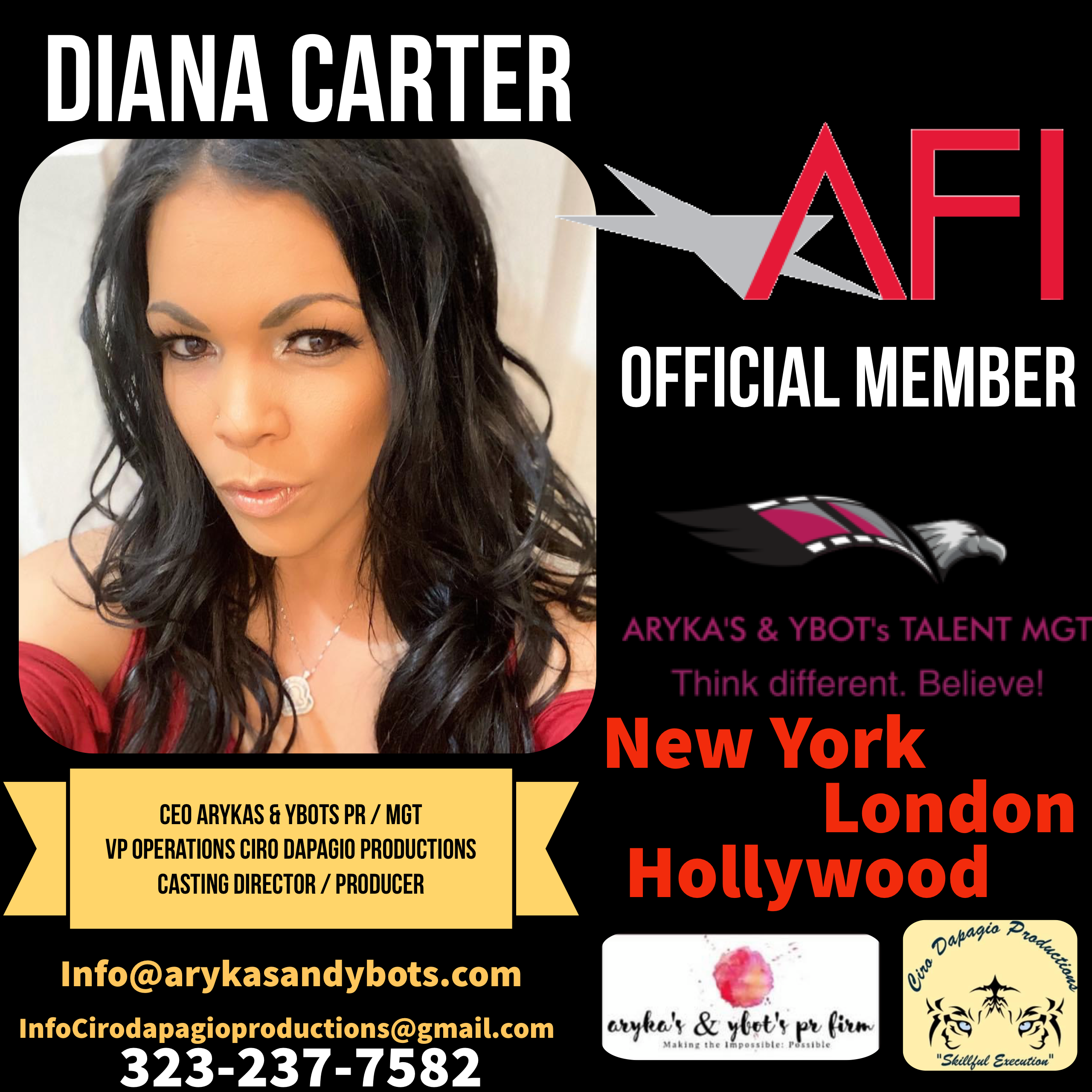 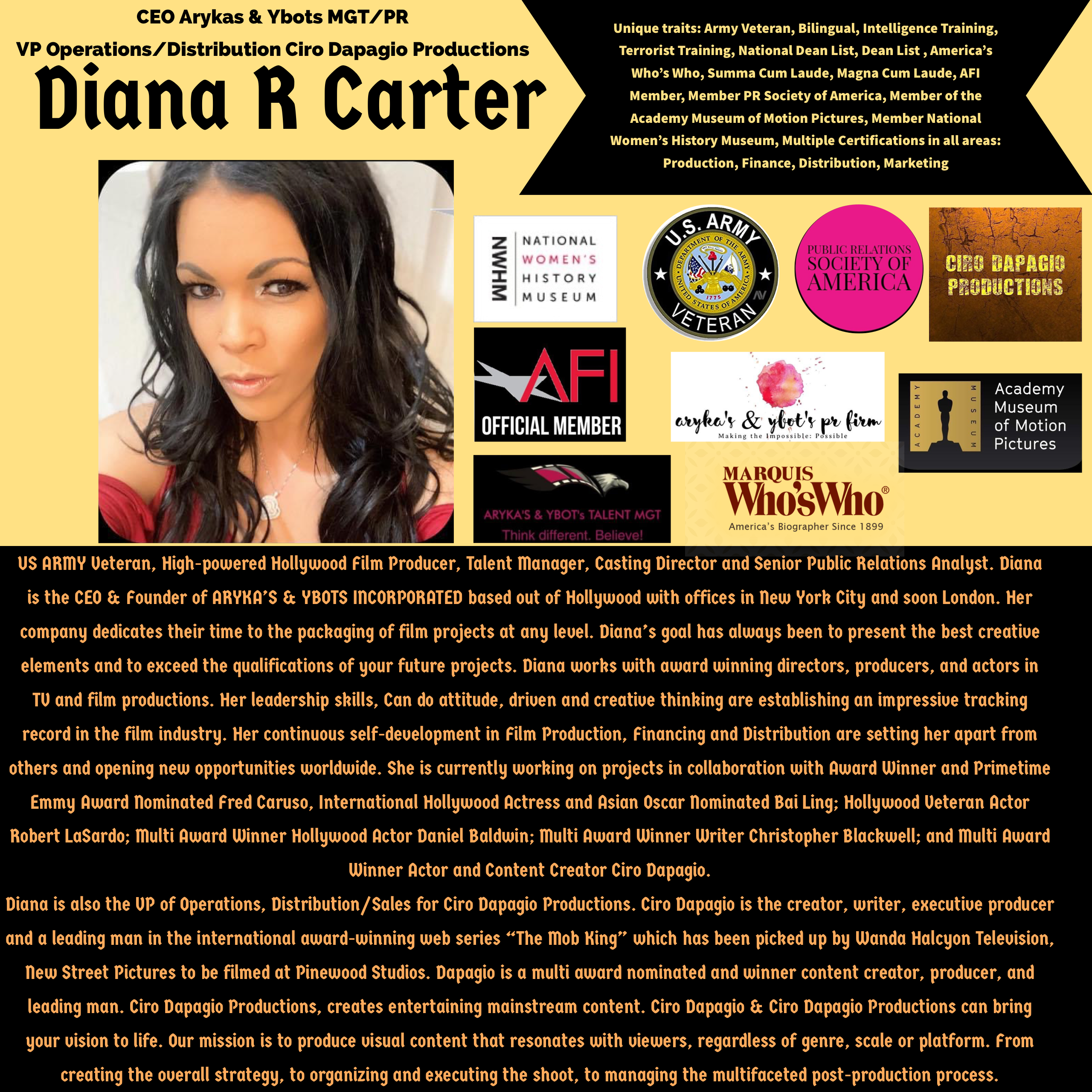 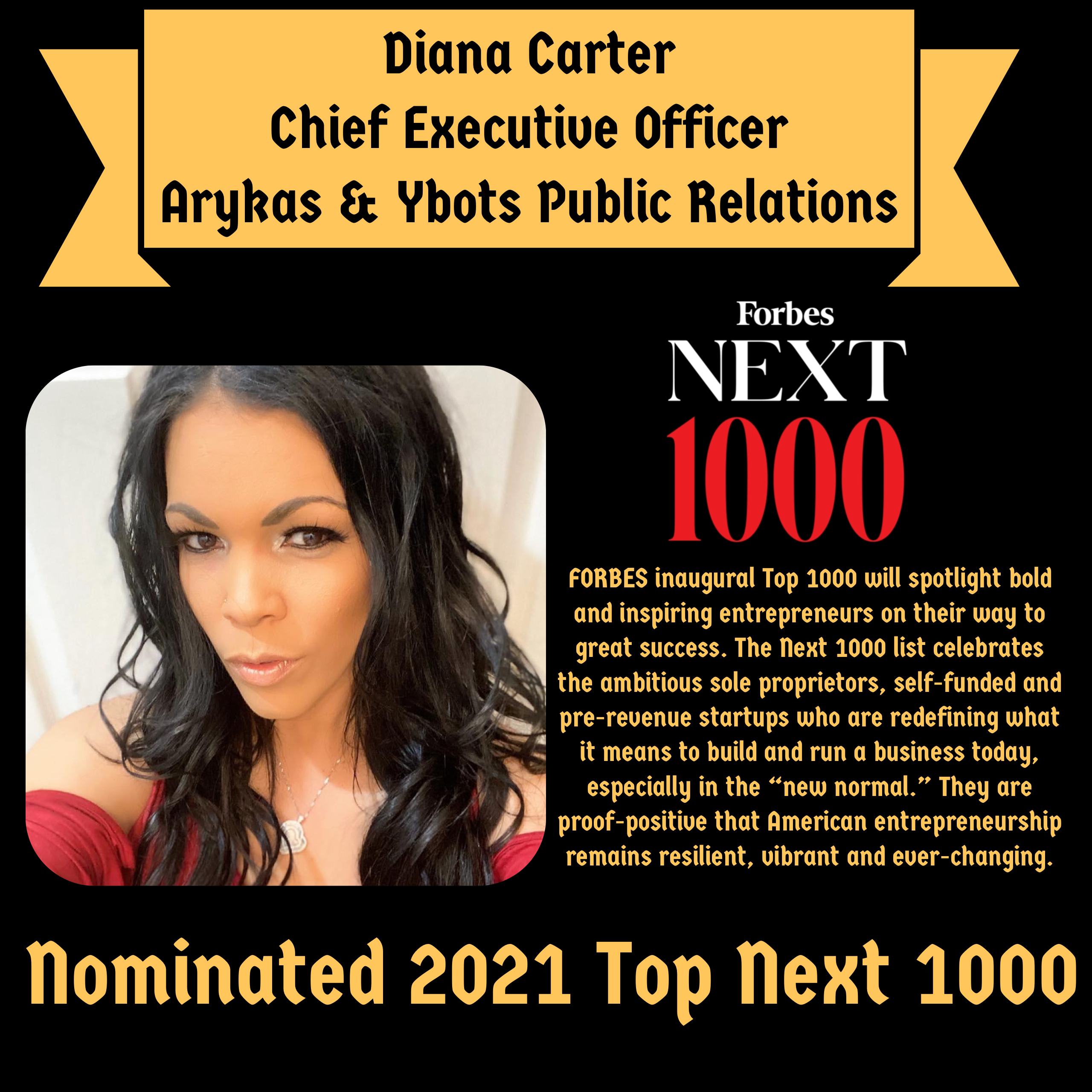 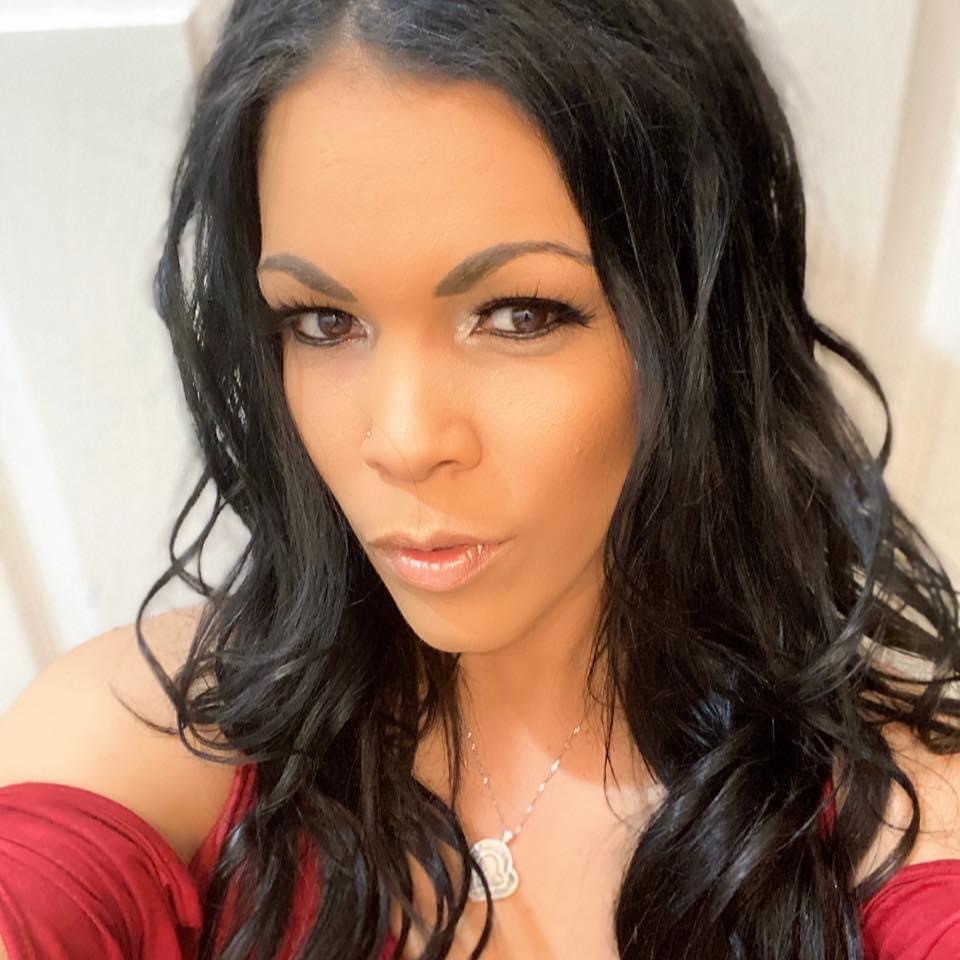