AMOGetItDone And T. Boogie Have Etched Out Breathtaking Rap Vibes In The Music Video Of The Track ‘Link’ 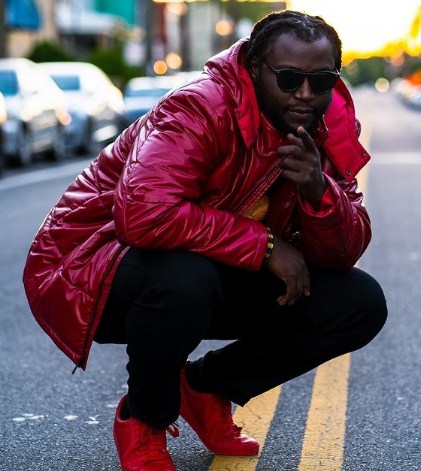 The uber-cool rappers AMOGetItDone and T. Boogie have come up with an insane flow in the brilliantly executed and funky music video of the exciting track ‘Link’.

(WorldFrontNews Editorial):- Dallas, Dec 9, 2020 (Issuewire.com) – The high streets have come to a standstill with the scintillating hip hop vibes executed with a lot of panache by AMOGetItDone and T. Boogie. The deft touches by the rapper duo in the exotically shot music video of the track ‘Link‘ has swept the audiences off their feet. They are also the owner of the up to the minute production hose called ‘AMOGetItDone’ that has state of the art facilities. The former of the two is a hip hop artist based out of Silver Spring in Maryland. He is a versatile artist and a rare breed of rapper the likes of those are very little these days. He came across setbacks of various degrees but that did not deter him to turn out to be the great rapper he is today. He is someone who does not show up with an excuse and get the job done by putting in hours of hard work. The fans can get in tune with the message conveyed by him through the track. He has added the icing on the cake with his fascinating lyrics, insane rap flow, and majestic vibes. The fans can know more about them by logging on to their Twitter.

In the track from the music video, ‘Link’ very smart rap vocals are churned out by  AMOGetItDone  and T. Boogie. The former is all set to come up with some more exciting pieces of tracks and will make his fans understand the fact that he has touched every nook and cranny of life with such numbers. Every soundtrack is like a lifeline to him and he has captured all the emotions, feelings, and moments and has kept a record for it with his numbers. The audiences will get to know about their queued up ventures by logging on to their Instagram.

There is a high octane rhythm and touches of subtle funk in the track dished out by the prolific rappers. The fans can watch their riveting music videos by logging on to major trending platforms like YouTube. To listen to their tracks, the audiences can log on to popular music streaming apps like Soundcloud and Spotify.

To watch the music video ‘Link’, visit below: