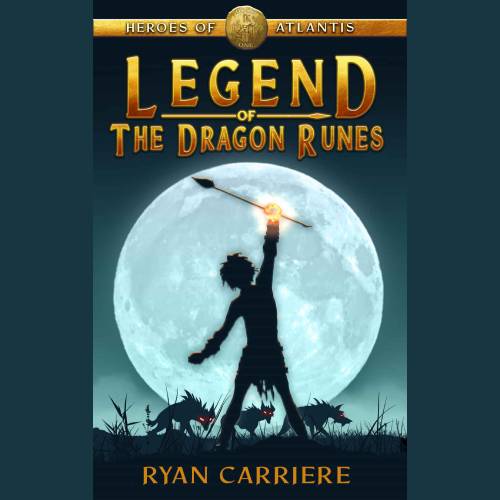 (WorldFrontNews Editorial):- Los Angeles, California Jan 26, 2021 (Issuewire.com) – Were you a bit weird in school? Or are you still in school and think you’re kinda weird? I mean, everyone is weird, but you know that I mean. Maybe you didn’t fit in, maybe people thought you were a bit of a loser. Maybe you had learning difficulties, were a target for bullies, got into trouble a lot, maybe it seemed like your teachers just didn’t like you. Maybe you sucked at reading and were even diagnosed with dyslexia. Or ADHD.

Well, don’t worry. Truth is, you’re actually most likely a gifted child of the gods with secret powers that enable you to zap those bullies and fulfill your true destiny like Roeg the main character of Ryan Carriere’s new Amazon #1 best seller: Heroes of Atlantis.

Ryan Carriere grew up with a love for drawing and writing – especially sci-fi and superheroes! He loves rpg’s like Mass Effect, The Witcher, and many more. So it’s no surprise that this historical fantasy filled with monsters, magic, and legendary creatures was inspired by Ryan’s colorful imagination. his The Heroes of Atlantis series and is a.

Some may be a little reluctant to read it during the first chapter but rest assured that this story just gets better and better as you continue reading! It’s an illustrated novel; ideal for middle-grade students that’s not too violent, though there are fights with monsters, and that might scare younger children, but other than that, pretty much any age can read it!

This book is amazing. My only regret is that I did not have it when I was twelve years old because I would have read this until it was falling apart in my hands. Every insecure kid (so basically every kid) should read The Heroes of Atlantis. I would want my hypothetical kids of the future to read this book. It’s the ultimate childhood fantasy – discovering that everything people labeled as “weird” or negative about you is actually caused by your secret awesomeness. Pretty perfect message if you ask me.

I know, I know – this is plain old childhood wish fulfillment at its finest. But who cares? The best kids’ books are all about wish fulfillment to some extent and it’s not like Roeg doesn’t have his fair share of enemies and heartache. It’s the same idea that we all loved to buy into. The orphaned and neglected Harry Potter discovering he is a wizard. The nerdy loser-ish Peter Parker developing special abilities and becoming Spiderman. Children in the middle of WWII discovering a secret world through a wardrobe door in which they reign as royalty. Even Percy Jackson finding out he is the son of a god and has his own superpowers.

On top of the powerful message, this is a fast-paced exciting fantasy story full of friendships, mythology, magic, mystery, bad guys and girls, and constant adventure. I enjoyed it now, despite me being a good ten years older than the target audience. I would have enjoyed it, even more, ten years ago. You should go read this. Then, when you’re done, give it to a kid to read too.

You can grab your paperback copy (or kindle ebook) here: https://www.amazon.com/dp/B08TMVDZSL