The incredible melodic diversity of the songs by Warren J. Gallimore, Austin Leeds, and Emarie blows you away 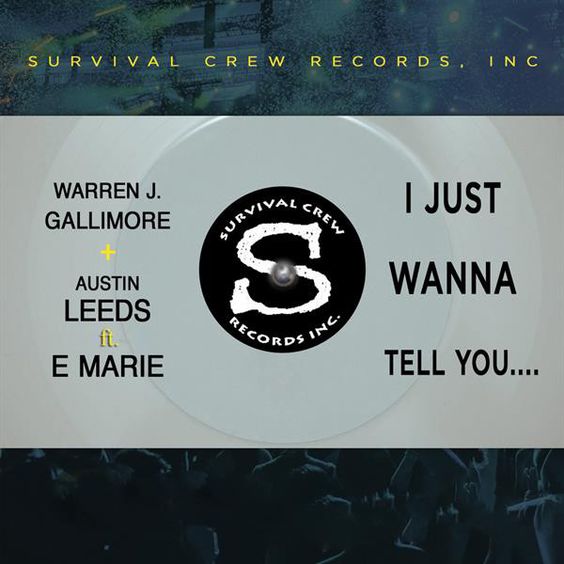 Atlanta, Feb 4, 2021 (Issuewire.com) – Both up and coming veteran artists are trying to embed different rhythmic elements into their music to make it much more versatile and interesting. Established musician Warren J. Gallimore has taken a unique approach towards music-making utilizing his hard-earned thematic talents. He has recently released a brand new song called ‘I Just Wanna Tell You….‘ with fellow musicians Austin Leeds and Emarie. The song is a whirlwind of different rhythmic elements incorporated with mesmerizing instrumental riffs. The second song ‘I Just Wanna Tell You….‘ is the EDM version of the first song featuring reverberated electronic beats.

Born in Brooklyn, New York, to Jamaican parents, the seasoned musician has been introduced to music from a very young age. He performed cover songs of the groups such as New Edition, The Jets, The Jackson 5, and 5 Star astonishing his peers. He has always shown a special interest in R&B, hip hop, and Reggae music. The artist has mastered singing, songwriting, and producing.

Working under the production house Survival Crew Records, Inc., Warren J. Gallimore teamed up with Austin Leeds and Emarie for his latest compositions ‘I Just Wanna Tell You….‘ and its EDM version as well. The Atlanta-based musician has poured his heart out into the songs. The meaningful lyrical illustrations have made a powerful impression on the music industry. He has worked on different TV shows and movies like Above The Rim, Law & Order, Eraser, and more. Listen to his music on Spotify and YouTube, and follow him on Facebook, Twitter, and Instagram for more updates on his future works.

Here are the links to these songs: