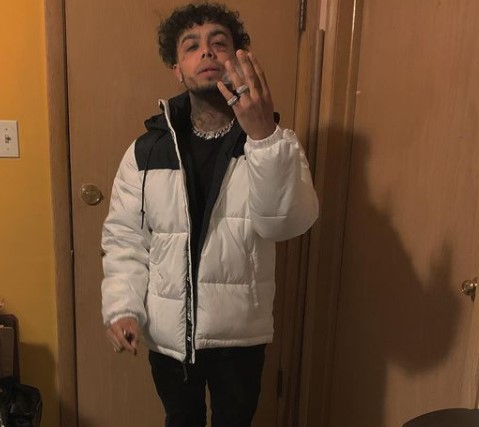 The new artist TayOG’s new single ‘Number 2’ is worth waiting for. His experimental side is exposed through the judicious lyrical play in the Spotify number.

(WorldFrontNews Editorial):- Chicago, Illinois Feb 9, 2021 (Issuewire.com) – In 2021, drill rap has become the most popular sub-genre of hip hop music. The Chicago-based rapper TayOG has become the hip hop magnet for the fans after he released the long-anticipated single ‘Number 2‘. The young artist is close to touching the sky with his gradual prominence in the music market. Though it apparently looks like the music world is over-crowded with legacies from the world-famous musicians, stars like the Chicago rapper make their own spot in history with organic creativity. The single is about the love he receives from the legion of fans who gave supported him since the beginning.

TayOG used to have a simple life as long as he underestimated his creative freedom. Unlike other amateurs who blindly follow trends and beg for some attention, he chooses to speak about the devil he tamed in his heart. His airy compositions gave him enough room to underlay the songs with true colors of his passion and pain. Songs like ‘Flockin’ and ‘The MOB’ have menacing production, pioneered by his struggling wounds. His rhymes in vigilant cadences have influenced this generation to be ruthless and brutally honest about their choices.

The dreamy keys in the latest single ‘Number 2’ are coupled with powerful vocals and a smothering rap flow. His intense rapping skills are the source of originating the groovy, unique sounds. His drill rap style successfully uncovers the disgraceful social and political imbalance. His superior, experimental sounds produced under Revoc Productions carry little reminiscent of the works of Mac Miller, Logic, and Xxxtentacion. Currently, he is busy with the last touches finishing the next EP “Rebelution”. Stay tuned to his new songs on Spotify and Instagram.

Listen to the track ‘Number 2’, click the given below link: