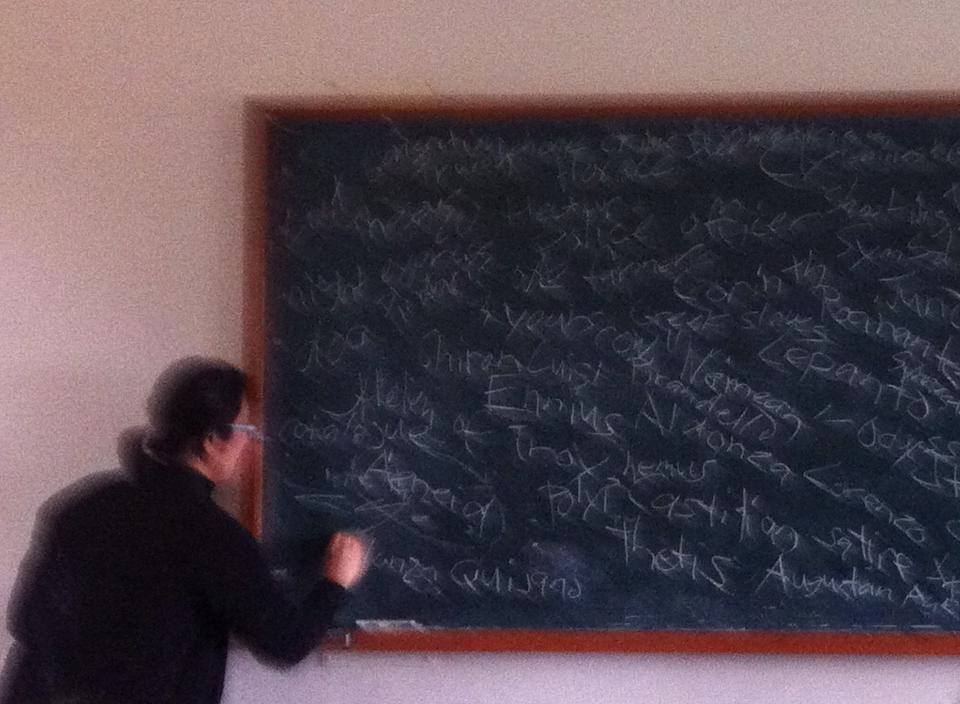 (WorldFrontNews Editorial):- Singapore, Singapore Feb 10, 2021 (Issuewire.com) – Ukiyoto Publishing releases the title TUNNELS written by Lawdenmarc Decamora in Jan’21. “It has been an absolute pleasure right from curating the content to working with Marc,” remarks one of the senior members of Ukiyoto. To know the author better and know about his journey we arranged a short interview and got to know more about him.

Lawdenmarc Decamora was born in Manila but grew up in a small river-town in northern Philippines. As a faculty researcher at a prestigious Catholic university, Lawdenmarc sees writing, teaching and research as venerating the core traditions of knowledge: experience, passion, truth. While researching on various topics on literary and cultural studies, as well as writing poetry and essays, personal and critical, he dabbles in the serious art of collecting vinyl records and publishing. It may sound grand but he really wants to put up a record store or an indie record label curating, as it were, items of functional luxury and music well-known to many fans – himself included! – of Merge Records, Sub Pop, Matador, or Jeepster Records in the UK. As an Assistant Editor of UNITAS, a century-old mutidisciplinary journal based in Manila, he organizes lectures and conferences while managing regular and special issues released annually.

In the Philippines, Lawdenmarc teaches literature and humanities at the University of Santo Tomas which is the oldest existing Catholic university in Asia. He earned his MFA in Creative Writing from De La Salle University-Manila and is now a candidate for his MA in Literary and Cultural Studies at Ateneo de Manila University. With poetry published in twenty-one countries around the world, Lawdenmarc was nominated for the Pushcart Prize and Best of the Net, as well as earning an honorable mention in the special 2018 Love issue of Columbia Journal. Most of his poems landed the pages of little magazines, anthologies, and university-sponsored literary journals like The Seattle Review, North Dakota Quarterly, The Ilanot Review, The Common, among other places. Apart from receiving distinct literary recognitions and publication offers, the foray into research earned him a spot as a finalist for the Nemesio E. Prudente Excellence in Research Award in Arts, Humanities and Philosophy. Also, having won national fellowships and workshops in both creative writing and cultural criticism makes Lawdenmarc embrace the challenging yet rewarding Filipino literary life.

Upon writing his book-length poetry collection, TUNNELS, for Ukiyoto Publishing, Lawdenmarc believes that his aesthetic would channel right a discourse of the beautifully unfamiliar and a sort of the avant-garde. As he notes on the book’s teaser: “TUNNELS deconstructs the individual’s Romantic fascination with ‘love’ or the grammaticality of beauty. Ideally, the ‘tunnels’ in the collection are subterranean love poems from the suburban imaginary. These seemingly syntactic tunnels travel through one’s literary imagination or heterotopic dreamscapes, and while (Greek for ‘love’) inspires these rhizomic tunnels to navigate the abysmal ‘meta-spectacle’ of gesture, language or moment of poemness, the mind like the many-colored jeepneys of Manila, where driving past roast goose restaurants in Shek Kip Mei or spotting stilt houses in Kampong Kleang, attempt to explore the transgeneric textualities of the everyday, alongside the unstructurality of time and space, the littoral and the liminal.”

Consequently, Lawdenmarc’s poetry aims to reach the many aching hearts of language, the ink-drenched souls of passionate readers and logophiles, even intellectuals (academics and artists in particular) in the domes of knowledge and people celebrating the culture of everyday life. All of them constructing and digging their own ‘tunnels’… the signifying soundscapes through which time and space, art and life engage in karmic jouissance. Besides his distinct poetics elicited in TUNNELS, another poetry collection is on its way. Love, Air is Lawdenmarc’s new poetry book forthcoming from Atmosphere Press in Texas, USA. It is a treasure trove of forty-two luminous poems that dwell within the sublunary power of the “other side” of love. One can follow in Love, Air the moment of poemness yet seeded with the attention of lyrical complexity.

As a concluding remark, Lawdenmarc supports people who never stop believing in music. Once you hear music there’s magic and poetry and love. Like it or not, life is how you read and sing it, and not what technically registers therein. A writer’s life? To Lawdenmarc it is a book of love that knows all too well. Thus, this parting message he quotes in “The Book of Love” sung by The Magnetic Fields: “The book of love has music in it. / In fact that’s where music comes from. / Some of it is just transcendental. / Some of it is just really dumb.” 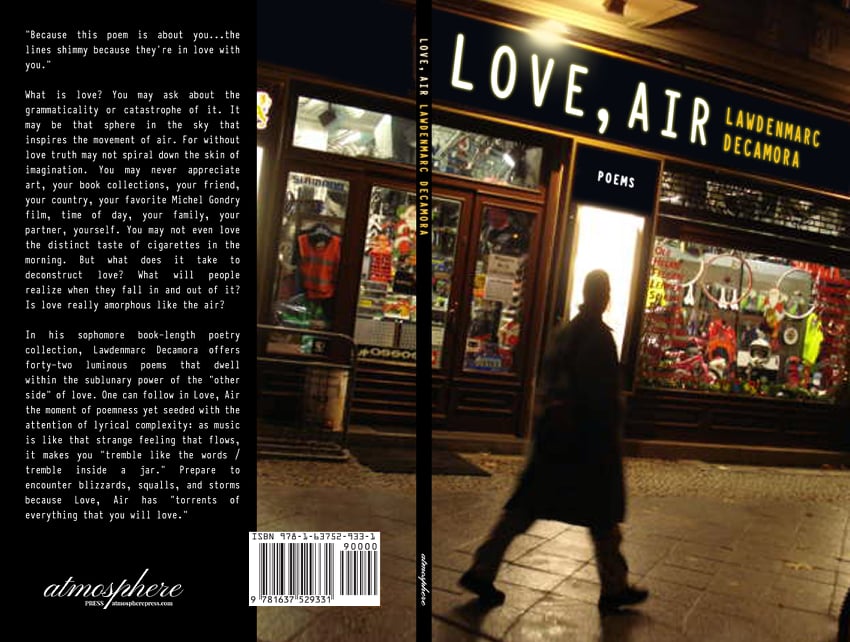 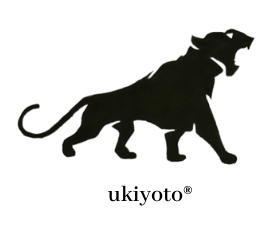