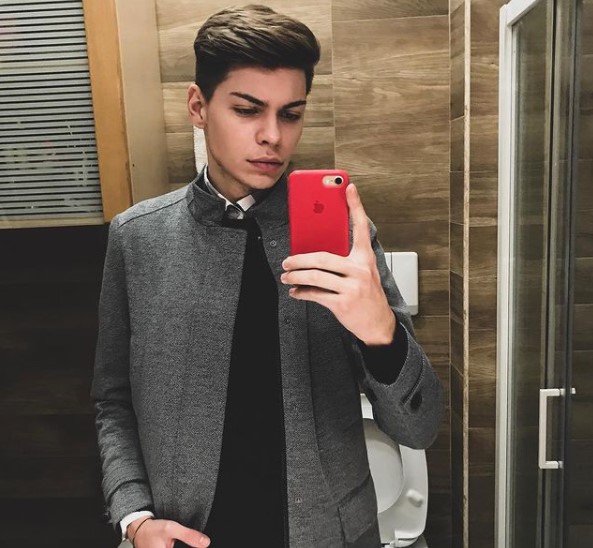 Pop and R&B artist Luigi Grosuc collaborates with Daniel Roscioli for the new single, ‘Golden’, a lyrical and motivational journey towards self-contemplation.

(WorldFrontNews Editorial):- Rome, Lazio Feb 17, 2021 (Issuewire.com) – Upcoming musician Luigi Grosu presents an undulating scope of musical and lyrical profoundness with the verses of his newly released Lyric Video, ‘Golden‘. The song is in collaboration with a fellow musician and his best friend Daniel Roscioli that glides into a compelling enamel of pop and R&B streams while introducing a captivating verse of lyrical rap. The song celebrates the monotony of life when we often feel down or demotivated. The song speaks about the significance of a close support system, a person who we can lean on during times of lows and blues. The artist himself struggles with anxiety and music is an instrument in realizing his emotions and feelings through a guarded outlet. The song motivates oneself and provides them the window to feel okay also during times of absolute mental health crises. The track has not only allows the singer to face his demons but also shows the light of the people suffering from a similar deadlock.

Hailing from Rome, Italy, the artist has always used the scope of music to express his insights and perspectives. The Lyric Video ‘Golden’ is another of his own train of thoughts that have been transcribed into sultry, salty, and sweet music, He recently signed with the record label, AWAL, and launched his own imprint, ‘Imcosmic’ that would further expand his career to new heights. His soundscape is inspired by the works of artists such as Justin Timberlake, Timbaland, Britney Spears, Frank Ocean, Bazzi, and Madison Beer. Some of his other songs that have continued to enrich his career over the years include, ‘Note to Self’, ‘Mad World’, ‘Sweater Weather’, and ‘Home to Me’ among many others. Each song acts as a step towards formulating a more improved musical act that includes vocal skills, production arrangements and thematic storylines.

A pop and R&B soundscape, Luigi Grosu does not shy away from using contemporary, progressive streams. His music is personalized and empathetic towards mental health and enables others to search for their light as well. Currently, he is working on a few demos that might develop into songs soon. His music transcends recreational purposes and embarks upon a journey of meaning, enlightenment, and in providing people with the power to take care of themselves. Enrich your soul and mind with his lyrical, thematic, and musical virtues by following him on YouTube, Instagram and Twitter.

To enjoy ‘Golden’, check out the given below link: