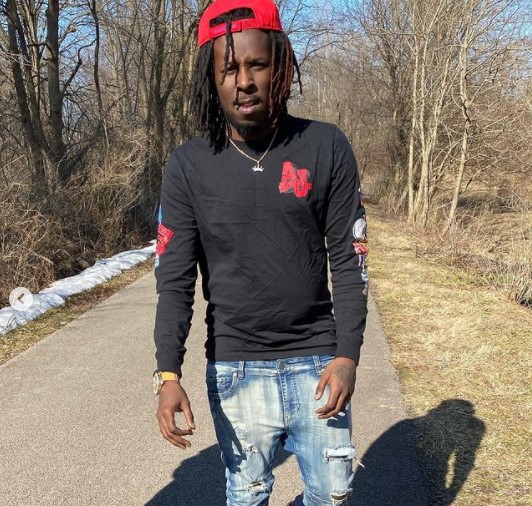 The uber-cool Kg Kriid has dished out an enrapturing hook in the exquisite hip hop number ‘Cut Different’ that has got a pocketful of contemporary R&B vibes.

(WorldFrontNews Editorial):- Mansfield, Ohio Mar 5, 2021 (Issuewire.com) – The artist, Kg Kriid has etched out a strong melody with a touch of new-age funk in his latest track. There is a bone-crunching groove with an addictive hook in the track ‘Cut Different‘ that also features Tae Dha Khid. The brilliant track is released and distributed by the avant-garde production house called ‘Distrokid’. The singer is based out of Columbus and Mansfield in Ohio and received thunderous applause for expressing his feelings through the track. He has got a daughter who is only 3 years of age. His tracks are streamed on Spotify.

The track, ‘Cut Different’ has got a natural rasp that is deftly composed with incredible finesse. The rapper, Kg Kriid has slain the fans with his magnetic rap vibes. His new-age style of hip hop and R&B tracks has an energetic and melodic core. His music is all about fun and frolic and the rap flow is relatable. His creativity knows no bounds and his absolute eagerness and talent have translated into great musical stuff. His tracks have connected with the hip hop fans because they can relate to the music and feel and touch it as if it is tangible.

The song has a whip-smart hook and the credit goes to the singer. He has been inspired by icons like Chris Brown, Jays, and DaBaby. His upcoming mixtape ‘No Pain’ is all set to be released in March and off late, he has also performed to his track ‘Smokin”. The fans are interested to know about his shared posts that are updated on Facebook and Instagram.

Listen to this track ‘Cut Different’, simply visit the given below link: