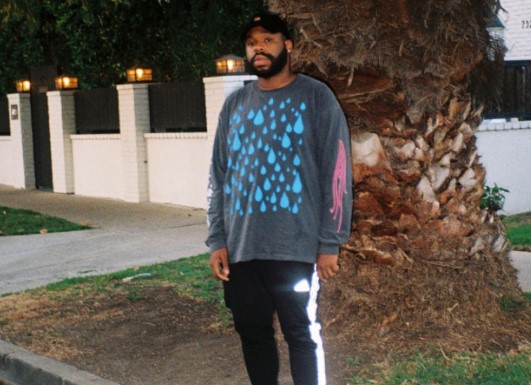 The mind-blowing Chicago rapper James Wrighter presents a larger-than-life story of hustle in the new hip hop music video ‘Back Then’ wired with intense trippy beats.

(WorldFrontNews Editorial):- Chicago, Illinois Mar 19, 2021 (Issuewire.com) – The hip hop industry’s most famous chameleonic music producer and singer James Wrighter plants an inspirational story in his musical lifespan with the smashing hit music video ‘Back Then‘. The upcoming Chicago rapper James Wrighter sends a grave message to his followers with its sincere wordplay. He appoints spacious hooks to make room for the inspiring verses. People are naturally drawn to the afterglow of the massive composition to contemplate the meaning of the multi-layered verses. His vocals are wired with mellifluous syncopation to create a positive atmosphere along with the genuine chords of the guitar. He loves to practice high alto to create sustaining amalgam of modern hip hop beats with retro nostalgia. The latest music video reminds him of those dark and blue days where he faced a struggle for his own mistakes. Anybody who is fond of the music category will understand the value of the melodic elements instilled in every line. He creates a combination of fading dark and bright screenplay to make it look hypnotic.

James Wrighter first cut his teeth singing in high school. His instinct always led him to musical adventures. He never took a step back from music competitions. Growing up in a musically dominated family helped him to focus on his dreams intertwined with his passion for music from the beginning. When he became a young hustler, he quickly gained the cogent attention of music producers in the market. In no time, he enjoyed the proper eminence from his organic musicality. His passion for hip hop culture pulled him closer to the current music scene like gravity. Once he started to rise from the dust with his original songs which were once used to be the intimate poetry in his journal, he became unstoppable. He remained unwaveringly on the brink of the hip hop music industry until he was acclaimed as the most promising upcoming solo artist globally.

‘Back Then’ is a new music video released on 15 March 2021, under his production house Wrighters Club. It is a major hit under his hood. His achievements are only increasing with the flow of time. It is considered the most significant contribution to the music industry from his side. He tells a story of a never-ending hustle. Though he has reached the spot where he has always dreamt, his struggle to become better doesn’t stop here. He adds clever verses to showcase the dystopian thinking of the young blood. He paints reality with high-spirited emotions to prove that hard work brings happiness. He has advanced the art of rapping by employing new techniques that are still inimitable. As a musician, he has crushed it with spontaneous energy and overwhelming gritty hip hop rhythms. His songwriting skills are admired thoroughly when you hear sensitive lyricism. Get more songs from him by following him on YouTube, Twitter, Facebook and Instagram.

To watching the video ‘Back Then’, check out the given below link: