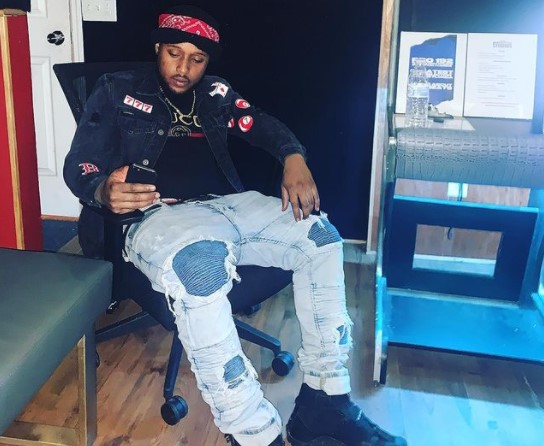 The dynamic melodies and unique lyrical elements of the latest single ‘No Games’ by upcoming hip-hop artist Rolln Banks, create an ambiance of acoustic perfection.

(WorldFrontNews Editorial):- Kissimmee, Florida Apr 8, 2021 (Issuewire.com) – Life does not go smoothly for anyone and music offers an amazing comfort at the time of need. The young and talented hip-hop artist Rolln Banks has entered the music industry with a bang flaunting his exceptional storytelling abilities. He has recently released a new track ‘No Games‘ on his YouTube channel featuring heart-touching rhyming and resonance. Only uploaded two weeks ago, the track has already gained more than 13k views. It has obtained the attention of the global audience. He has collaborated with a fellow artist for the song, who has given a dynamic touch to the song. Its thought-provoking lyrical elements create a permanent effect on the minds of the audience. It gives them the inspiration to carry on with their lives.

Inspired by the eloquent nature of the genre the prolific artist decided to use hip hop as his medium of expression. Armed with his hard-earned thematic insights and inborn talent for weaving words, the brilliant musician has established a soundscape that is opulent with inimitable chord structures and progressive arrangements. His rich vocal style has a certain allure that amplifies the impact of the lyrics, written by the artist himself. He has been entertaining his audience for years through his engaging hip-hop bangers. His unbound creative artistry and imagination have broken a lot of barriers, bringing listeners from all over the world together. His musical career has also inspired many budding artists to chase their dreams with confidence.

The prolific artist is currently working independently. He utilizes the freedom to the full extend by not limiting himself to certain genres and styles. He combines elements from different musical forms to achieve a tantalizing versatility that is quite rare in the industry right now. His newly released single, ‘No Games’ featuring 1020SHAQ is a mind-blowing rap number showcasing his unique rhyming patterns. Rolln Banks has merged pummeling rap verses with a killer hook, forming an epic symphony of pure acoustic pleasure. The hard-working artist promises to bring more refreshing creations in the near future. Listen to his music on YouTube and make sure to follow him on Instagram for more updates on his upcoming works.

To enjoy the track ‘No Games’, click the given below link: