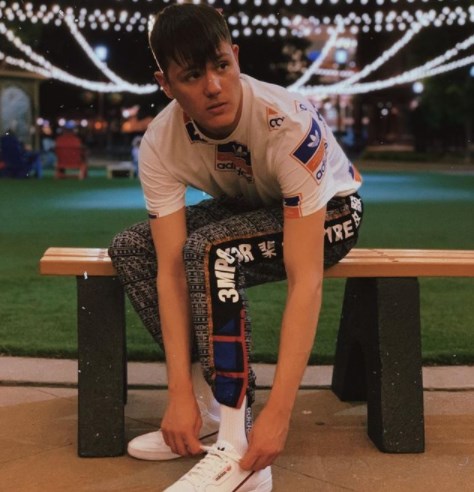 (WorldFrontNews Editorial):- Kansas City, Missouri May 14, 2021 (Issuewire.com) – Hip hop and rap are being told through a course of emotional relatability by upcoming artist Sensei Vinny. He recently collaborated with fellow artist Yusdrew for the song ‘Addict‘ that is bringing out his creative potential even more. The song carries a dark theme of self-sabotage and brings to the forefront issues that are often regarded as character flaws in society. As a 22-year-old, he sees through people from an individualistic and open perspective that allows him to penetrate deep into his musical themes. The independent artist is full of passion and commitment and this song defines exactly so.

Hailing from Kansas City, Missouri, the artist’s soundscape defines emotional rap with a new-age approach. Some of the themes in his songs are breakups, drug and alcohol abuse, loneliness, and depression. The song ‘Addict’ also deals with an important issue and enables the artist to carry forward a career with a social purpose. His music brims with optimism and motivation allowing the inspiring the audience to lead a fulfilling life. As an artist, his goal is to tell his stories through a captivating, rhythmic verse.

Artist Sensei Vinny is currently working on a new single and he has also set his eyes on releasing an EP in future. Some of his other songs include ‘Anime’ and ‘Wet Wet’ that got him started with a career in music. His passion and purpose are both prominent in his music that will surely get him fans and global popularity. Listen to his music on Spotify. Follow him on Instagram for more updates.

Listen to the song ‘Addict’, click the given below link: