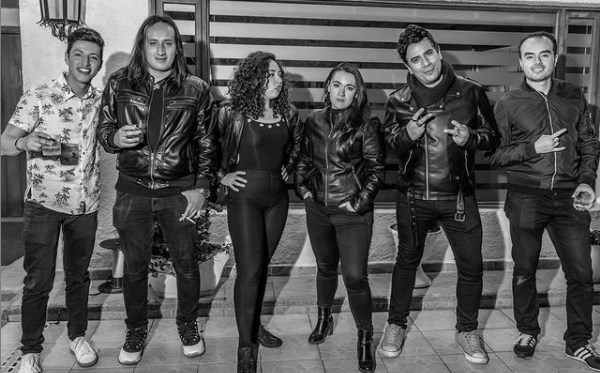 Find a fine blend of retro rock flavors and modern elements of neo rock, indie rock and alternative rock through the latest music video of ‘Estigma’ by LABIA.

(WorldFrontNews Editorial):- Bogota, Colombia Jun 3, 2021 (Issuewire.com) – South American rock musical proposal, LABIA has come up with a sneak peek with pre-promotional video of ‘Estigma‘, means ‘Stigma’. A Spanish rock anthem with a gig-like ambiance, the promo video shows how grand and groundbreaking the track is going to be. Smooth meandering vocal has merged with enticing rock arrangement. Creating a bridge between the classic and the modern, there is a blend of classic rock n roll with the elements of modern alternative rock, indie rock, and experimental rock music present in the track. It is the signature style of the artists which makes this musical project so dynamic and successful.

With a long history of musical studies, LABIA was formed in 2019 in the city of Bogotá DC. Gathering the empirical musicians with great knowledge and heterogeneous musical tastes made this project ready for its musical journey. Ranging from contemporary rock to gothic rock, progressive rock, jazz, blues, and even classics tunes of Haydn and Tchaikovsky can be found in their musical creation. Sometimes the rock melts in the melody of folk and romantic ballad. That is how diverse musical composition this musical powerhouse looks forward to coming with. There is a bilingual approach with both Spanish and English which makes the artist prolific in both languages. Lockdowns and quarantine have been a tough time to keep with musical creativity however, this Colombian musical project kept its sessions going on. It came up with some cover videos from during the pandemic which shows their spirit and diversity. It did the cover of ‘Vuelvo (Cover – Beto Cuevas)’ and ”Háblame (Cover – BETO CUEVAS)’, etc. The Spanish approach quickly changes in English with the cover of the famous rock and romantic track, ‘Love of my life (Cover – Queen)’. Each of the tracks rejuvenates the authentic essence.

LABIA’s musical works are full of mysticism, symbolism, and metaphorical perspectives which makes its works intriguing. It is complemented by blistering chords of guitar and percussion which makes it even more enticing to listen to. A similar piece of picture can be seen through a pre-promotional music video of ‘Estigma’ or ‘Stigma’. Follow this musical mastermind over YouTube, Facebook and Instagram to know more.

To watching the music video ‘Estigma’, click the given below link: