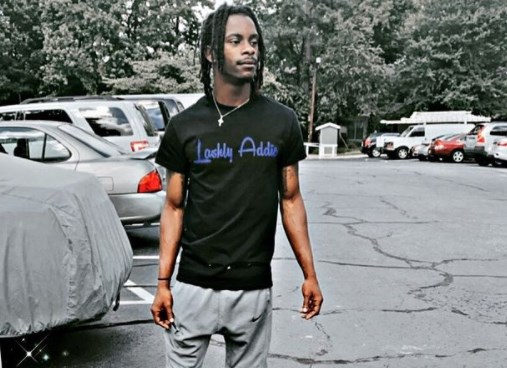 Hip hop artist and rapper CAP recently collaborated with fellow musicians Suavé and ELI3K for their new single ‘Kick’ which is filled with creative energy and vigor.

(WorldFrontNews Editorial):- Atlanta, Georgia Jun 21, 2021 (Issuewire.com) – Upcoming hip and hop and rap artist CAP is delivering a unique course of musical and lyrical energy with the verses of his soundscape. He recently teamed up with fellow musicians, Suavé and ELI3K for their newly released single, ‘Kick‘. The song not just fulfills the lyrical spontaneity of hip hop and rap but also puts together a beaming production that makes it shine with more conviction. The song also comes with a compelling music video that draws the audience parallel to its storyline. Thus, the themes of the song and the video make for a strong association that emerges with flying colors. The song is composed of the various rustic components of hip hop and rap. However, it also provides the best example of contemporary production that gives everyone a musical experience of a lifetime.

The artist is currently associated with the label 3k Entertainment that allows him to portray and present his art through a validated platform. It is also instrumental in gaining exposure and reaching out to the public. However, the music video, ‘Kick’ creates a whole another feat for him as he is gradually gaining widespread acknowledgment and appreciation from everyone. The artist is currently based out of Atlanta and is continuously making his soundscape a growing space of new ideas and production methods. His lyrical and rapping skills are commendable as he retains the power to keep his audiences captivated till the very end of his video. From the use of relatable themes to that of an immersive arrangement, he has accomplished it all.

Artist CAP has a few other songs to his name such as ‘Too Needy’, ‘ON MY BACK’, ‘Advance’ and ‘Too Cold’. This upcoming rapper has also worked with various producers during the career that has exposed him to new production structures as well. His musical influences are from every stratum of life that he compiles into energetic verses. His passion and hard work can be identified in every work that he utters in his songs, something that will take him to the global platform. Be a part of this upcoming breakthrough artist by following him on YouTube, Twitter and Instagram.

To watching the video ‘Kick’, check out the given below link: