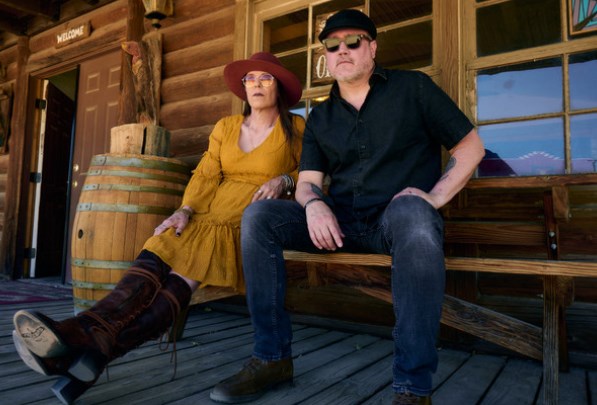 Rejuvenate the essence of hard rock with Dante’s View and its latest musical representations. The artists have recently released an album named ‘Doors and Mirrors’.

(WorldFrontNews Editorial):- Sacramento, California Sep 30, 2021 (Issuewire.com) – Crisp, energetic, and boldly explosive; Dante’s View has come up with its latest singles. The musical collaboration project is created by JL “Pepe” Espada and Stacy James. These two musical powerhouses have united to provide listeners some of the best hard rock tracks in the modern era. However, the tracks are crafted to churn out the exquisite flavors of desert which are also known as Cognizant rock. They recently released ‘Rattler’s Plight’, ‘Rocks Keep on Rolling’, and many other tracks which are currently buzzing in the music industry.

Espada is a multi-instrumentalist and producer from North Carolina and on the other hand, Stacy is a guitarist and songwriter from South Carolina. Together, they have crafted some blistering compositions which are recreating the essence of hard rock with a subtle dose of individuality. The artist has an amazing vocal that meanders through the soundscape and establishes the subject matter that deals with life. Featuring infectious guitar grooves and percussion, there is an ample amount of clarity, weight, and gritty. Some of the other tracks ‘Losing the Bout’, ‘America’s Mess’, etc are the proof of their creative mind and prolific sense of hard rock music.

The artists have recently released an album named ‘Doors and Mirrors’ which contains a total of 13 intense singles. Dante’s View is looking forward to releasing more tracks that embrace the subject matter of self-awareness, mental health, social satire, and poetic philosophies. With a plethora of topics and a fine line musical arrangement, this duo is going far. Follow them on Spotify and Instagram to know more.

Listen to these tracks of Dante’s View, check out the given below links: