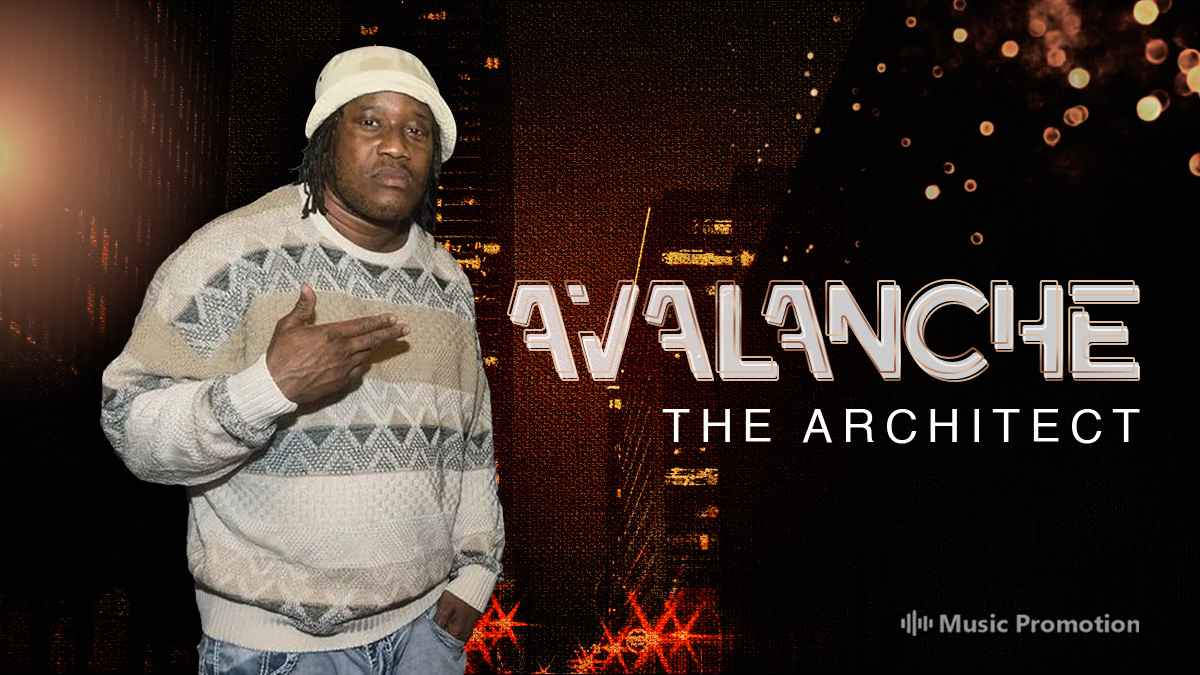 A smooth of energy and ready-to-go rap artist Avalanche The Architect is a street rapper singing the song ‘The Baddest Dude’ and his high energy makes him a rising Canadian rap artist.

(WorldFrontNews Editorial):- Toronto, Ontario Nov 30, 2021 (Issuewire.com) – An authentic rapper Avalanche The Architect can feel a high attitude with his hard and raw vocal texture. Thus, his latest rap music video ‘The Baddest Dude‘ is also an example of his ecstatic rap song from this artist. The reason for his high attitude is that he is a mixed martial arts fighter and crossed over the rap genre with his street-style rapping practices. Furthermore, the artist has attention from some renowned artists such as Drake and 50 Cent and they said that he has good lyricism and his 90’s boom-bap style has made him a future hip-hop artist.

Regarding the music production ‘The Baddest Dude’ has a recording like crystal clear sound and it would feel nice to your ears. Furthermore, the artist had a deal with OVO in the marketing and promotional section and he had a distribution deal with the G Unit Records. However, his own label AVALANCHE THE ARCHITECT MUSIC GROUP has made Avalanche The Architect a self-dependent and individual artist. In this particular song, the artist has promoted the life of a street person and surviving as like that. Moreover, in the music part, he has mixed metaphors, similes, and has sophisticated punch lines. His energetic delivery and mixing have clearly expressed the feelings of this particular artist.

In the near future, this Canadian rap artist Avalanche The Architect will bring more songs for his rising listeners, and now his team has scheduled two tours. Moreover, his upcoming EP with Benny the Butcher and French Montana as well as a mixtape release hosted by Papoose and Fat Joe are on the line. His songs are filled with a full of high energy and motivating factors and he is inspired to make such songs from the martial arts and street life. ‘I Yell When I Rap’, ‘We Take The Game’, and ‘I Know How To Rap I Don’t Need To Mumble’ are some of his popular energetic rap songs. His songs are available on his YouTube, Spotify, and the SoundCloud platforms. Moreover, if you want to follow this artist in a regular way his Twitter, Facebook, Instagram, and his personal website are the best possible platforms for his fan followers.

To watch this video ‘The Baddest Dude’, simply visit the given below link: