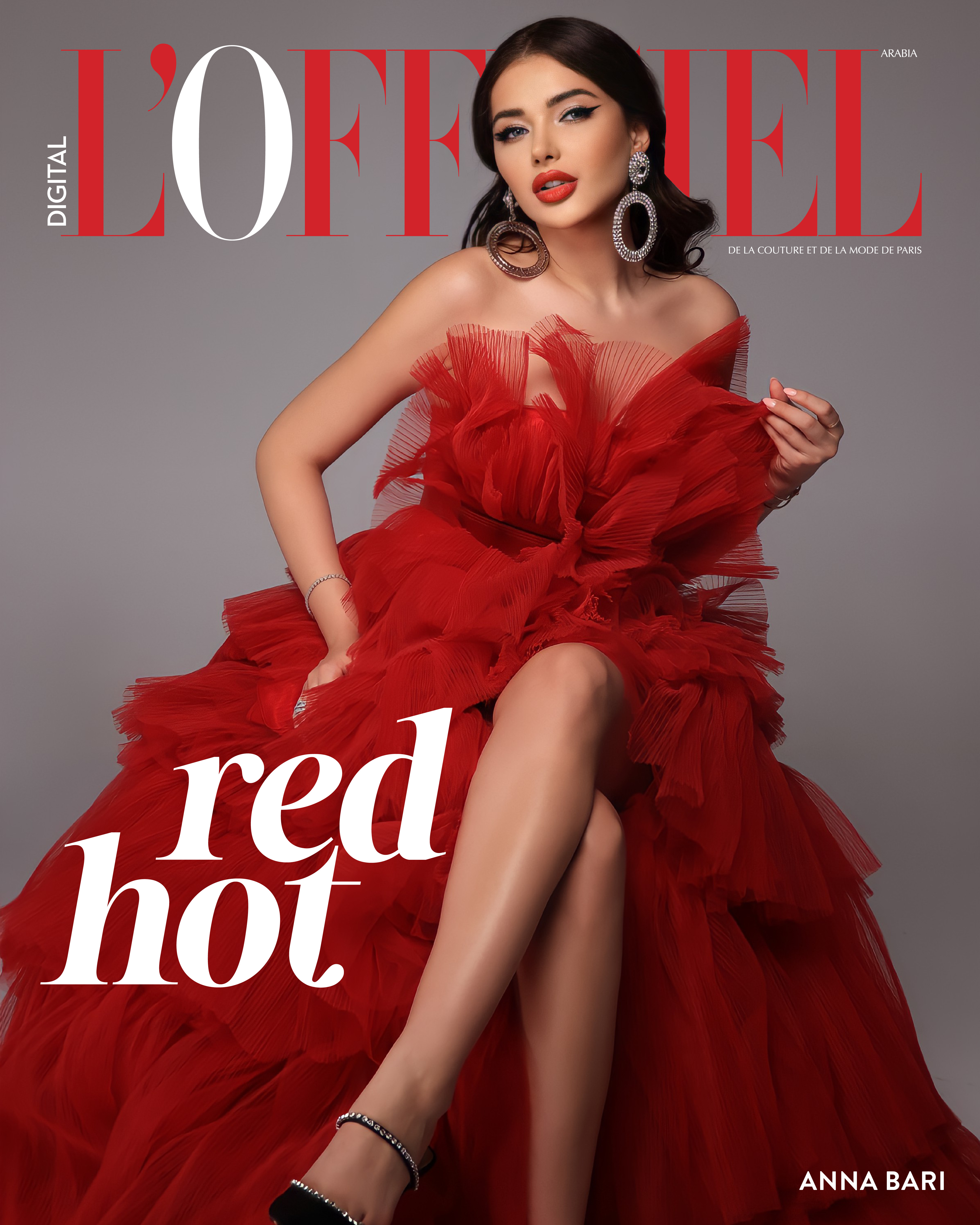 (WorldFrontNews Editorial):- Dubai, United Arab Emirates Jan 31, 2022 (Issuewire.com) – With over 400k followers on Instagram, Romanian model Anna Bari recently starred on the world-renowned cover of L’Officiel Arabia magazine. In a recent interview published on Medium, she explained how the long cover shoot, which took place in the luxurious Palazzo Versace Hotel in Dubai, was anything but uneventful.

The stunning model, who stands tall at 176 cm, has had a long and successful history of participating in beauty pageants, having competed for Miss Elite Romania 2021 and having won the title of Miss Europe 2021, said the shoot took over 10 hours and the pressure of appearing in such a high-caliber magazine didn’t help the situation.

The model said she actually suffered from insomnia right before the shoot, but she still managed to gather the necessary energy to shoot for such an elite publication. She went on to explain that her lack of sleep might’ve contributed to the many wardrobe malfunctions that occurred that day, at the luxurious Palazzo Versace hotel in Dubai. “The Alessandra Rich earrings were so gorgeous but kept falling from my ears, the red knee-high boots were too small for me and that’s why I couldn’t walk in them, and I fell and almost got injured during this shoot. Believe it or not, that’s actually why we decided to shoot that outfit with the red boots on the floor,” said Bari in a recent interview for Medium.

It’s a very well-known fact that Arab countries, including the UAE, have a more strict and modest wardrobe standard than in western countries. Due to this, the photos in which the model shot in a beautiful “nude” dress couldn’t be added to the final photos to appear in the cover feature. “The dress was so transparent and, well, it didn’t leave much to the imagination…so it had to be left out,” explained Bari.

Sources close to the model explained that she takes pride in having worked as a model in many countries, and due to this, she had learned to adhere to and respect the customs of each place, so although she loved the photos in the beige dress, she was understanding and happy to comply to guidelines.

Although all mandatory rules were respected, sources close to Bari said that the whole shoot could’ve been an entertaining episode of a reality TV show, because the team was even seen climbing over the Palazzo Versace hotel’s garden fences while some cooks and onlookers were staring in amusement. Who knows, maybe the model will soon transition to acting and will be seen putting on a show for the big screen.

You can get to know Anna Bari more via her Instagram www.instagram.com/misss.anamaria 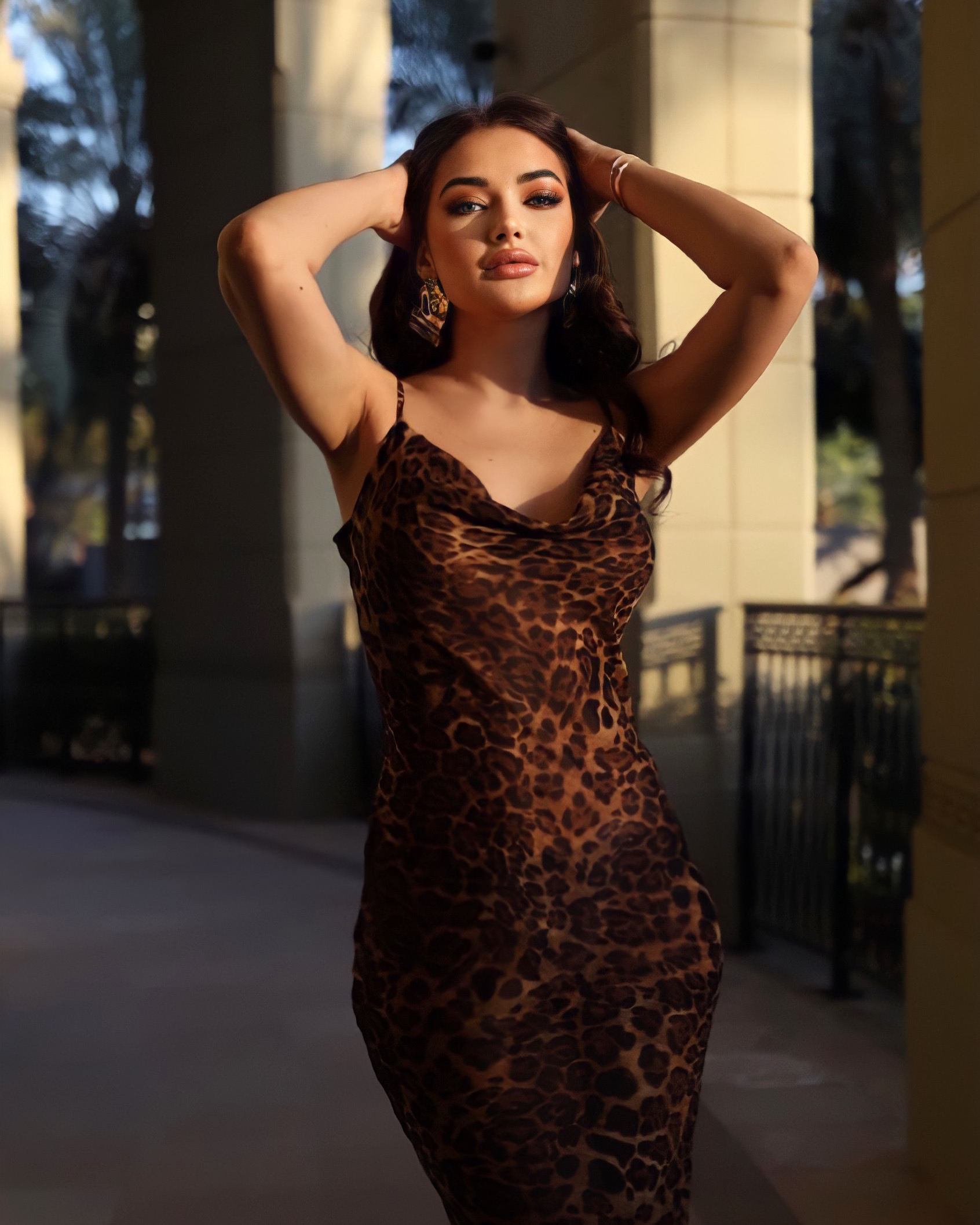 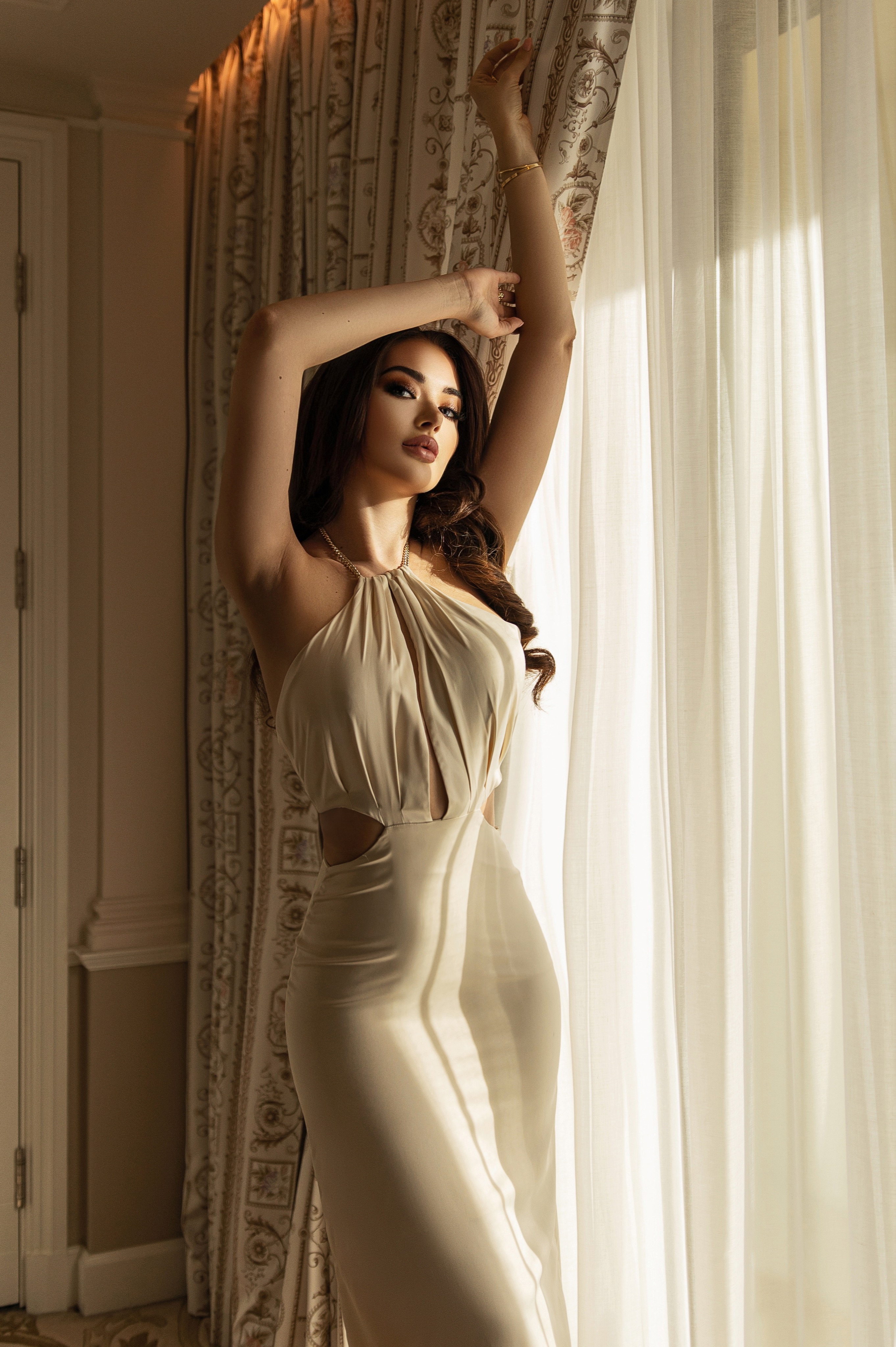 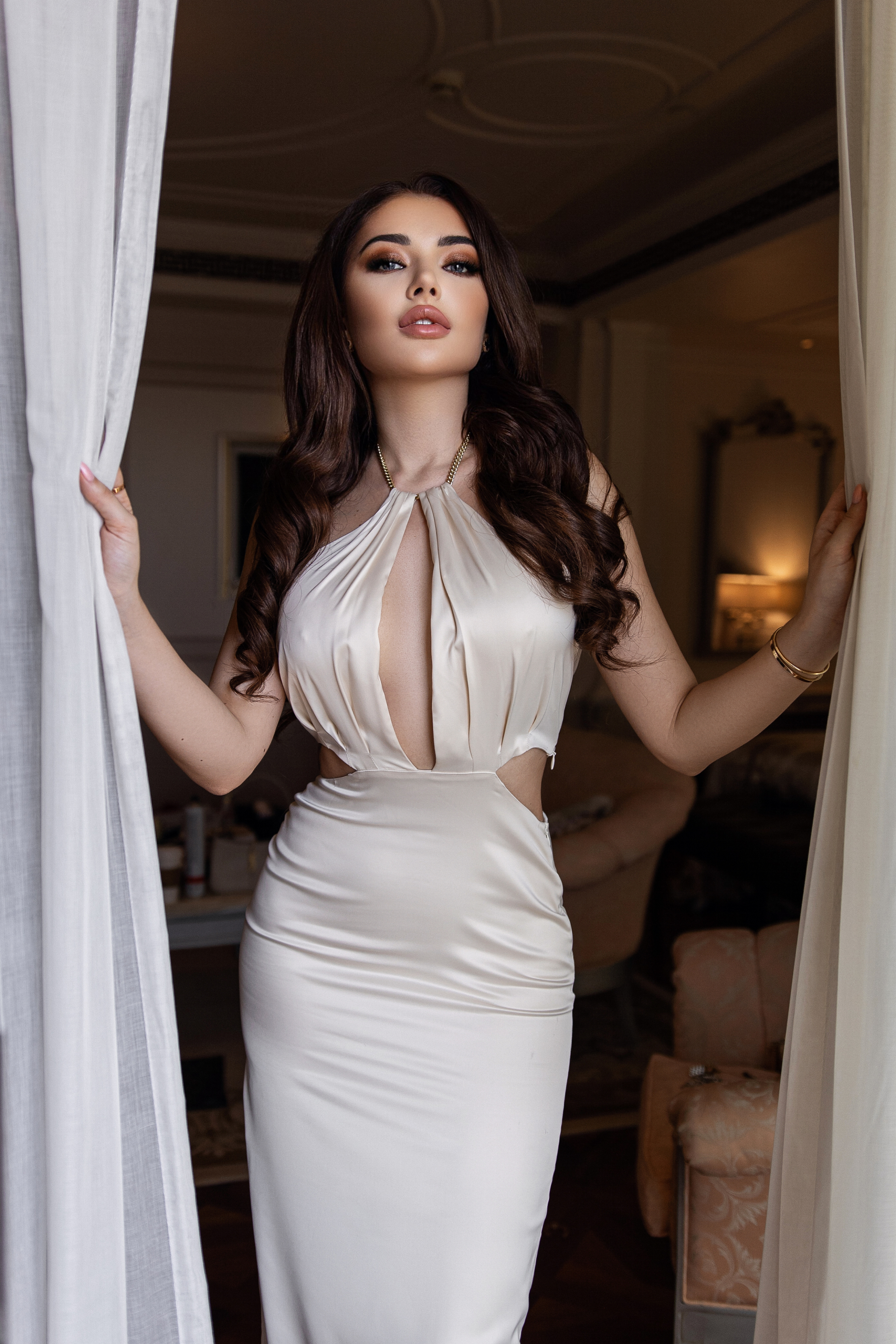 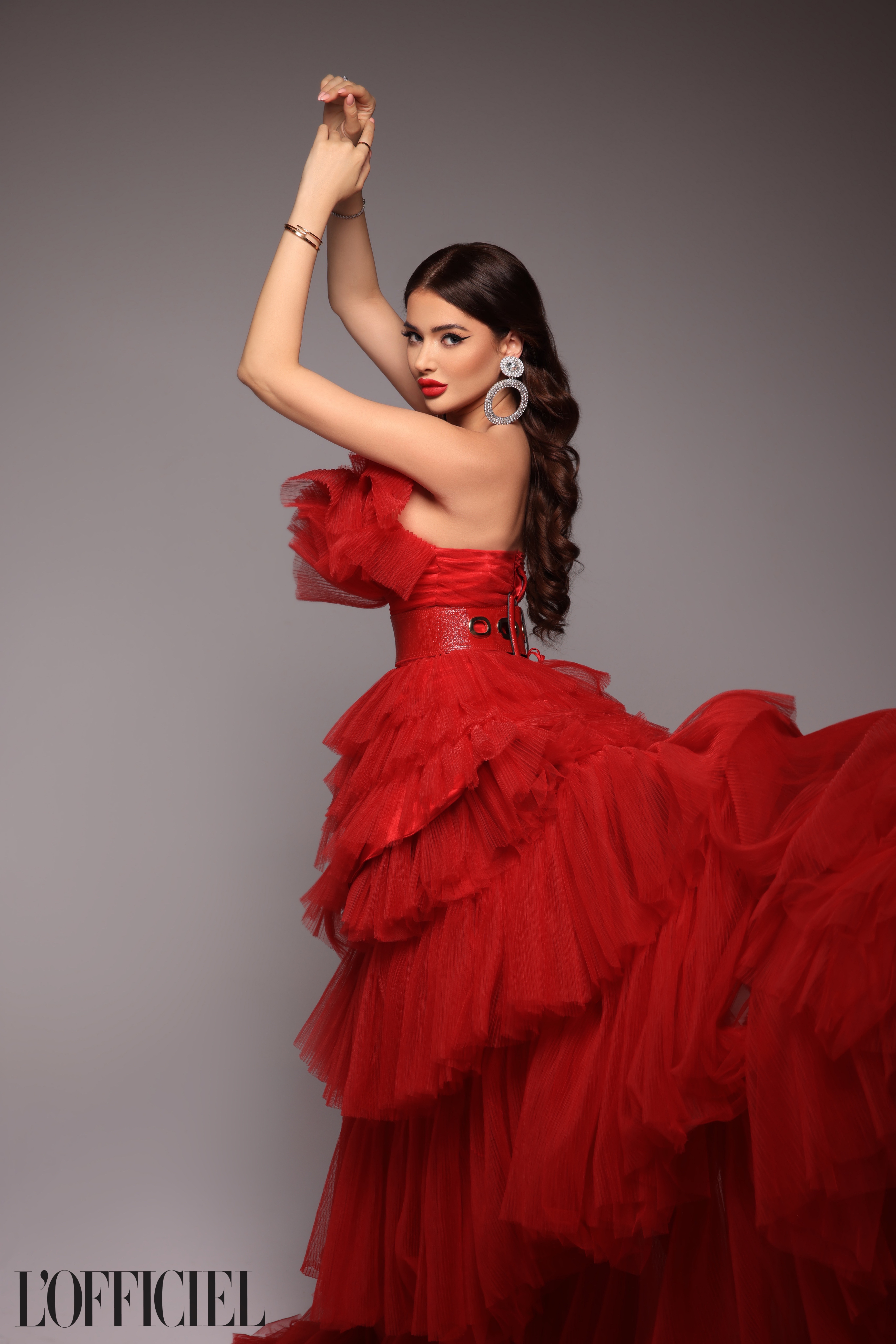