Listen to Cincinnati versatile artist King’s latest chain of instrumental R&B and soul tracks to give your mind the required dose of relaxation and calmness. 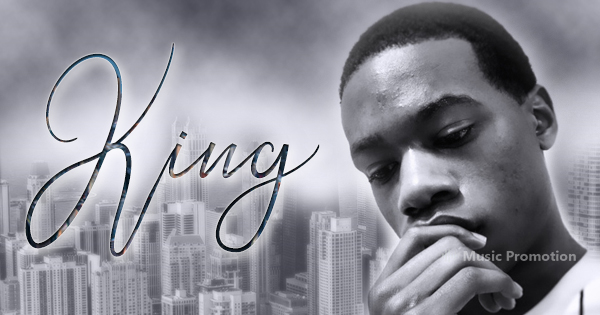 For a very long time, the R&B mainstream has not encountered any influential figure whose recordings are buzzworthy. But things are spinning in the right direction with King Terrell Parker who is presenting his distinctive soundscapes to the world. With considerable grit and thoughtfulness, the Cincinnati versatile artist has emerged to present his original style and sound to the world and has already arrived with many praises. The singer, songwriter, and instrumentalist is a surefire hit-maker whose writing is his weapon and the creations are pieces of great R&B and soul music. The power in his writing evokes emotions in the listener as the artist rightfully constructs his songs with extravagant instrumental qualities.

Few songs that genuinely certify his true craftsmanship are ‘Spiritually in Love’, ‘Incomparable You’, ‘Segue’, and ‘I’ll Never Stop Feeling’. The tracks are soaked in instrumental rhythms that happen to be the trademark of his style. The listener is exposed to a wide spectrum of entrancing melodies that ranges from piano strings to guitar, drum, and other electronic sounds. The whole concoction is mesmerizing as the artist efficiently turns his creativity into pleasant listening. The tracks are insulated by spectacular lyrics and King makes sure that the audience gets opened up to sounds that have never been heard before.

Coming from Cincinnati, the instrumentalist embarked on his musical journey since the age of four and since then has truly dedicated his passion for creating interesting melodic music. At the age of ten, the artist wrote his first poem and it was from his father who was also involved in music that he got his inspiration from. After years of practice, this talented musician has created his path and plays over fifteen instruments to create his own alarming sound. Find out all his engaging beats on Soundcloud now.

Listen to his all track click on given below link:
https://soundcloud.com/user-856882794