The musical pursuits of hip-hop artist Webbo FisK is an unparalleled flow thematic insinuations and rhythmic pleasure, and more coordinated into one progression. 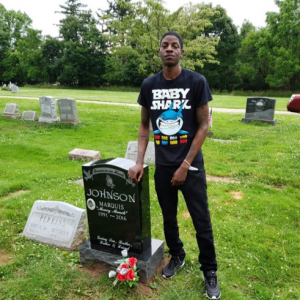 With the evolution of the collective music fraternity constantly introducing more and more independent artists into the mainstream progression, the world is getting introduced to new music every day. Independent hip-hop artist and rapper Webbo FisK in putting together a musical line that constitutes some of the most creative and musical eccentricities of all time. His vocal delivery is unhindered and flexible as he contributes this purposeful flair in putting together his song. Hip-hop and rap have their own virtues and morals of cultural and social significance. This always gives an artist to pursue his musical dreams with the utmost creative and artistic independence.

The Pennsylvania rapper already has numerous songs to his name, each of which is the result of his unadulterated dedication and perseverance to his art. Born John Snider, he later changed into his captivating stage name to stir an intriguing identity before his fans. His musical approach consists of hard-hitting lyrics, thematic storytelling, rhythmic captivation, and above all, an arrangement style that brim with the essence of contemporary music-making standards. His rapping skills are getting better with time and practice as seen in the effortless performances of his songs.

Rapper Webbo Fisk’s work is heavily influenced by artists like Polo G and Kevin Gates that helped him coordinate his music with insight and wisdom. Some of his songs like ‘W.I.P’, ‘Party Shit’, ‘Bockiana’, and ‘Fuck Boy$’ constitute of modern-day musical flavors in mesmerizing, integrated forms. These songs do not just exemplify the intensity and individualism of contemporary hip-hop, but also pushes the artist to take up challenges and risks to make his accomplishments stand out. He is just getting started with a career that is expected to hit a breakthrough celebration very soon. If you want to listen to the contemporary essence of hip-hop follow his work on Soundcloud, Twitter, Instagram, and YouTube.