The evolution of lyrical hip-hop has seen many artists incorporating their individual understanding of creative expressions thus paving the way for a global resurgence. The newest entrant in the scope of contemporary hip hop saga is upcoming artist Ctephan who is creating an immersive effect with his lyrical and musical fluency. He recently came out with the single, ‘Stack’ that redefines hip hop in a new light with its experimental dynamics and a captivating lyrical progression. The song is raw and unique that extracts the virtues of contemporary music-making like no other. From the rhythmic insertions to the overall connection it makes with its audience, the mutual flow of creative strains is commendable. 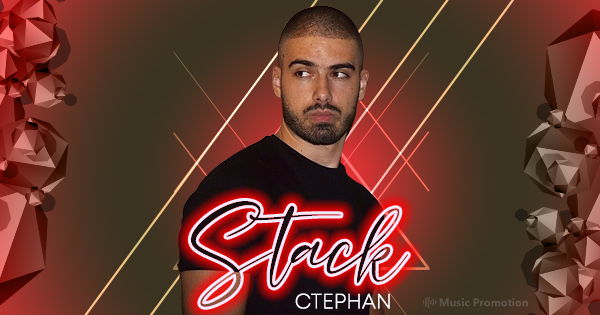 The Toronto music artist took up music as a profession and proceeded to produce, engineer, write, record, and sing his own songs. This independent artist has constantly improved his art through various exposures and learning curves over the years. With ‘Stack’, he has paved the way for yet another resurgence in his career and in the spectrum of hip hop. His debut album, ‘prove it’ was another turning point in his career that helped him attain his creative goals.

Artist Ctephan’s music is essentially hip hop and rap with an experimental production. His lyrics are inspired by the ongoing everyday life that addresses and acknowledges life’s struggles and shortcomings in the most accurate ways. His music and craft are paving the way for new premises in the scope of hip hop as he expands his wisdom into learning and utilizing new creative streaks in his ever-growing musical legacy. From his vocal spontaneity to the way he structures and presents his songs, he is bridging his creative gaps by expanding his arc. Follow him on Soundcloud and Instagram for information and updates.