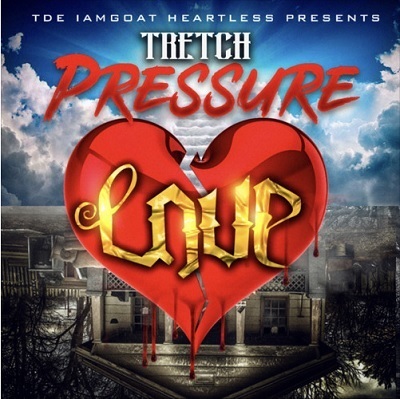 The original style of hip hop is reimbursed with the exotic essence of music and lyrics in the works of Tretch. This artist has made the listeners buzz about his latest release ‘Pressure’.  The song was created carefully by merging the aesthetics of digital music with the simple yet subtle and impactful verses. The soft EDM tone and the clever wordplay create a unique soundscape which is quite impressive. His grainy vocal tone and breathing between the verses show the originality of his work. The music has a special groove and dynamic to it which gives off chill vibes, yet feels like a groovy track to which one can’t stay still.

This Connecticut young hip hop artist essentially works on the hip hop, contemporary hip hop, and other experimental works under the production house of Heartless Ent. Growing up in New Haven in the United States the artist is greatly influenced by the hip-hop culture around.  His unique style of rap has a flavor of individuality and conveys the facts of betrayal and hustling hard through life. Some of the bars are really open and honest too which the listeners can relate to themselves. The whole arrangement of the song is catchy enough to keep the listeners hooked in yet there is emotion and depth to it, which is subtly represented. Clear-cut storytelling, smoothly crafted lyrics are shown in a self-reflective manner.

The song ‘Pressure’ is just the beginning which denotes that more of his experimental works will be coming soon to satisfy the ears of his listeners. The subsequently juxtaposed lyrical outpouring and melodic progress are what attract the listeners the most. The listeners who are eagerly waiting for his next project, follow Tretch over Instagram and Soundcloud to get updated with his latest works and upcoming tracks.