The stupendous Atlanta Rapper Lola Lauren has brilliantly channeled her impeccable talent with incredible dexterity in the cracking rap number ‘SPEAK UP’. 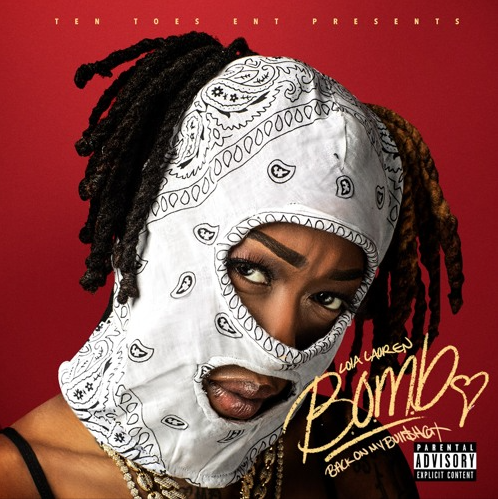 The versatile artist, Lola Lauren has created enough frenzy with her latest chartbuster track. She has forced the fans to turn up the volume with the splendid rap number ‘SPEAK UP’ that is deftly produced by Kyle Junior. It is terrific execution by the talented Atlanta Rapper. The fans have been waiting for the track and it is finally released by the futuristic production house ‘Mudd Media’. The impeccable recording artist has incorporated genres like pop, R&B, and EDM in her rap songs, and her unwavering passion and brilliantly motivated lyrics have stolen the show. One can check out the posts shared by the rapper on her Facebook profile.

The song, ‘SPEAK UP’ has got a tantalizing groove. The artist, Lola Lauren has packed in a lot of punches with her immersive musicality. She was born in the plush locales of Moss Point and was raised with two younger sisters by her mother. Both the sisters are athletes and she is the only one who took music as a profession. She is bug-bitten by iconic legends like Lil Boosie and Missy Elliott. Off late, she took part in performances for Friends Day and also Moss Point Family. The engaging updates shared by the rapper on her Instagram handle are also a thing of great joy for the fans.

The recording artist took rap music to new heights and the critical flow in her tracks is brought about by her impeccable songwriting ability. She started to write great music when she was 10 and her versatility deserves all the accolades. She is also a fashionable person and her unique style has struck a chord with the fans. The fans can join the party with a friendly conversation with the rapper on her Twitter handle. One can check out her latest tracks on Soundcloud and Spotify and the music videos on YouTube.