A new hip-hop and rap song ‘Deadly Verses’ by Krazy Attitude with the subject matter of horror is comprehending a unique style introduced by this new American Rapper. 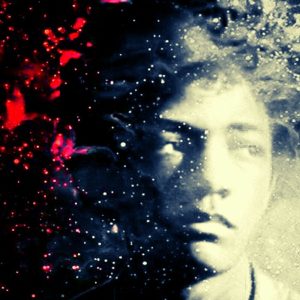 In the song of ‘Deadly Verses,’ an inescapable sense of lostness and the fearless attitude have been expressed by the artist. The crisp and insistent melody within this song can offer a different experience of hip-hop and rap music. Most importantly, the repetitive husky tone of the artist at the intermittent of this music can really stun the veterans of the music industry. A nice electronic and bassline beat has been observed throughout the track. Furthermore, the combination of the two hip-hop and rap artists Krazy Attitude and Troy Magma has proved his skills more prominently. Both of these talented individuals have rightly utilized the instruments to capture the soul of the audiences.

Moreover, the fast-paced rapping with the repetitive syncopated bass and rhythm in ‘Deadly Verses’ is the immediate satisfying factor for the listeners. By putting the song within the horror theme, the music has become playful as well as joyful. Krazy Attitude is not only rapper but a songwriter, composer, and experimental artist which has helped him to stand out in the crowd. His passion for music has led him into his current position. Thus, in the current song, he has put some experimental touch for standing out his music from the other artists. This new-age rapper is also trying to keep it slow and demonstrate how his caliber can awestruck music enthusiasts out there.

This budding American Rapper has always preferred to entertain the listeners with something new and innovative. If anyone follows the Soundcloud music-streaming channel, he or she can find more hip-hop and rap songs delivered by this artist in recent times. Some of his other releases are ‘I’ma Do My Thang’, ‘No Filter’, and ‘Something Relaxing’.  His YouTube and Spotify handles are actively involving more new fans every day. Also, one can connect with him through Facebook, Instagram, and Twitter.

To listen to his natty number, the audiences can plug into popular music streaming sites like Soundcloud: