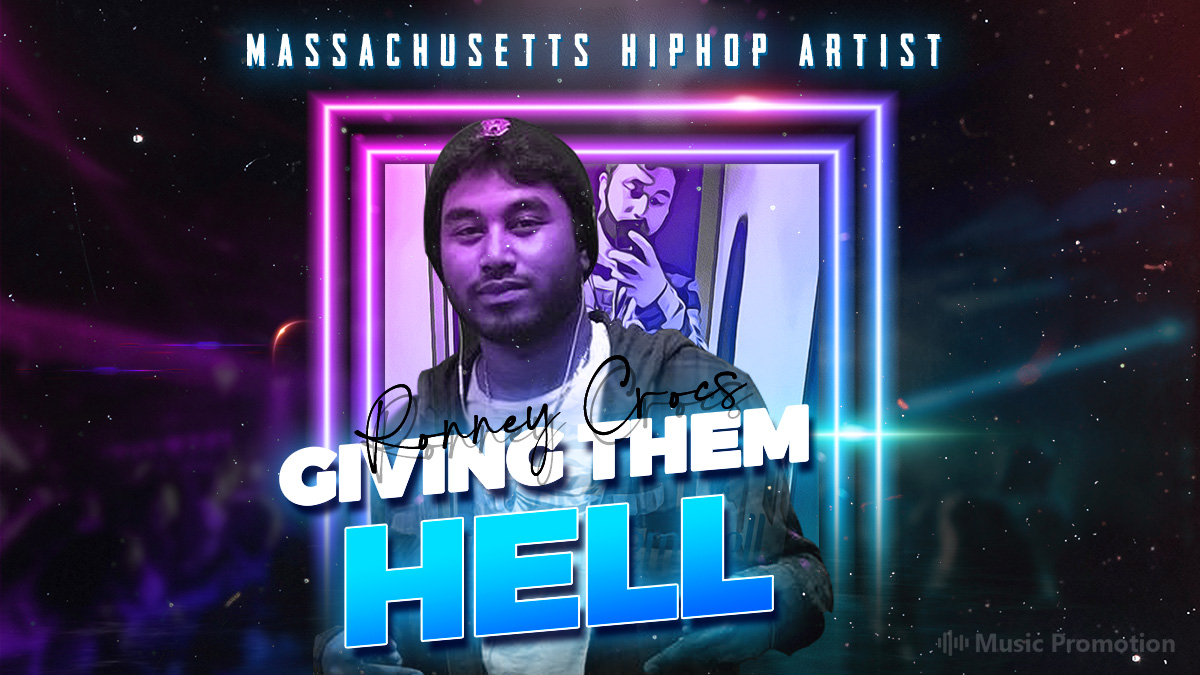 Artist Ronney Crocs has given some of the most inspiring hip-hop tracks. He has seen and analyzed hip-hop music from a different perspective in the song ‘Giving Them Hell’. With his deep and heavy voice and excluding all the bling factors, the song hits as a raw and authentic piece of hip-hop music. Without a shadow of a doubt, the song indeed is one of the exceptional songs ever made in the hip-hop genre. Trying his skills over every aspect of music, the artist, this time, has envisioned a distant region of the genre. The song also witnesses his versatility and expertise over songwriting and sound creation.

Most of the songs of the artist are renowned for the background music. Each note and rhythm he selects, create inside-out conformity with his rap. The Massachusetts Hiphop artist brings a distinguishable element with every song to prove his uniqueness. The song, although, raw in the artist’s approach, it is never bereft of a grooving vibe. It is enough musical and poetic to qualify as a hip-hop song. His musical sensibility and compelling subject matter create an unimaginable congruency in the song. Listening to the song is a blissful experience for all the hip-hop movers worldwide.

The most significant aspect of the song is the lyrics and their balance in the song. It accurately uses poetic techniques and rhetoric to justify the overall subject of the song. It brilliantly serves as the most important element of hip-hop music. The laidback delivery of the verses could make the audiences realize the essence of the song.  Ronney Crocs seems to be completely successful in his trial and garners praiseworthy notes and acclamations from the world. So, listen to the song ‘Giving Them Hell’ on SoundCloud, and experience a unique piece of music from his perspective. To know more, follow him on Facebook, Instagram, and Twitter.

Listen to This Song on Soundcloud :