Injecting a potential dose of hustle and power, Koe G has come up with his latest bangers to captivate everyone. He has established himself as a talented Chicago rapper. 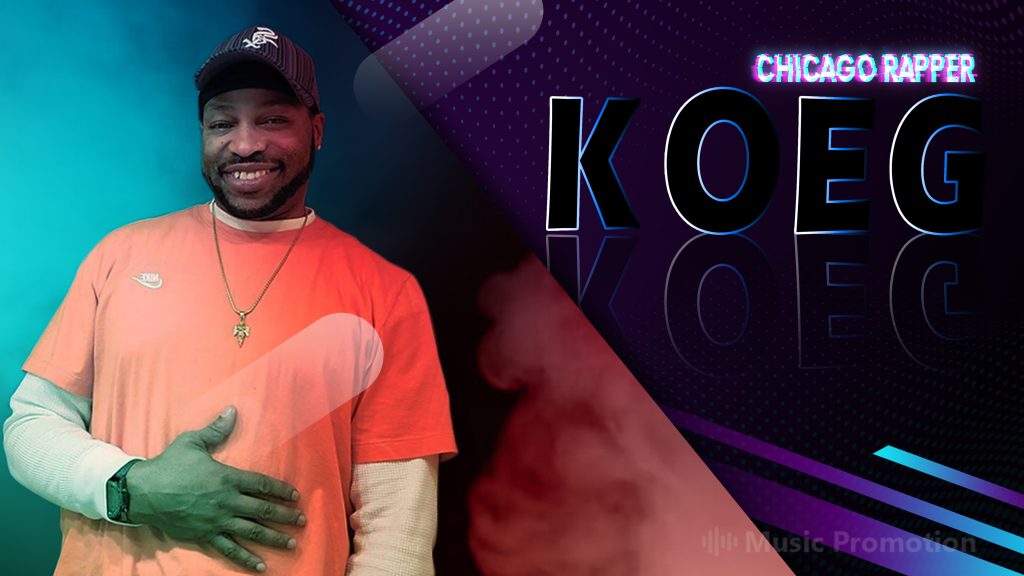 Find a new creative wave of hip-hop music with Koe G’s high-octane bangers. The rapper is making huge progress in the industry with nothing but his talent, skills, and determination to create something unique. One of his powerful singles, ‘Hustlers Anthem’ is setting an example in the industry with its smooth sound design and clever wordplay. Another banger titled, ‘Som N In Da Past’ has also garnered much attention from hip-hop lovers around the world. The rapper has an eclectic style of deliverance that merges with every kind of soundscape and offers a major hook. Such captivating bangers do not fail to win the hearts of the listener.

Offering an ample dose of hustle and grind, this Chicago Rapper makes sure each of his musical creations can portray her personality and emotions. Hailing from Chicago, Koe is currently revolving at the center of everyone’s attention. Not just in the USA, but his talent has spread all over the world. His previous bangers are the greatest examples of his creative aura and consistency in his craft. The tracks like ‘Da Murda I Wrote’, ‘Shit A Trip’, ‘Why Me’, ’ Neva Saw Me Comin’, etc are some of his greatest creations. Each of the bangers is deftly created to offer listeners something new to enjoy. The playlist ‘EVOLUTION (THE SLEEPING GIANT AWAKENZ)’ is the greatest gift to his fans and followers.

Koe G is perhaps the most consistent rapper in Chicago who is rejuvenating the retro hip-hop flavors with a potent dose of individuality. In his tracks, there are west coast flavors, modern rap music, digital influences and many other elements that make his creations more dynamic and enjoyable for everyone. ‘Hustlers Anthem’, ‘Som N In Da Past’, etc are the timeless creations that establish Koe. Follow this rapper on SoundCloud, Instagram, Facebook, and Twitter to explore more.

For more tracks of Koe G, Please go through the below link :