Some heartwarming soundscapes are infused with dark electronic flavors, this Colorado Electronic Artist The Psybrid has a lot to offer to music enthusiasts. 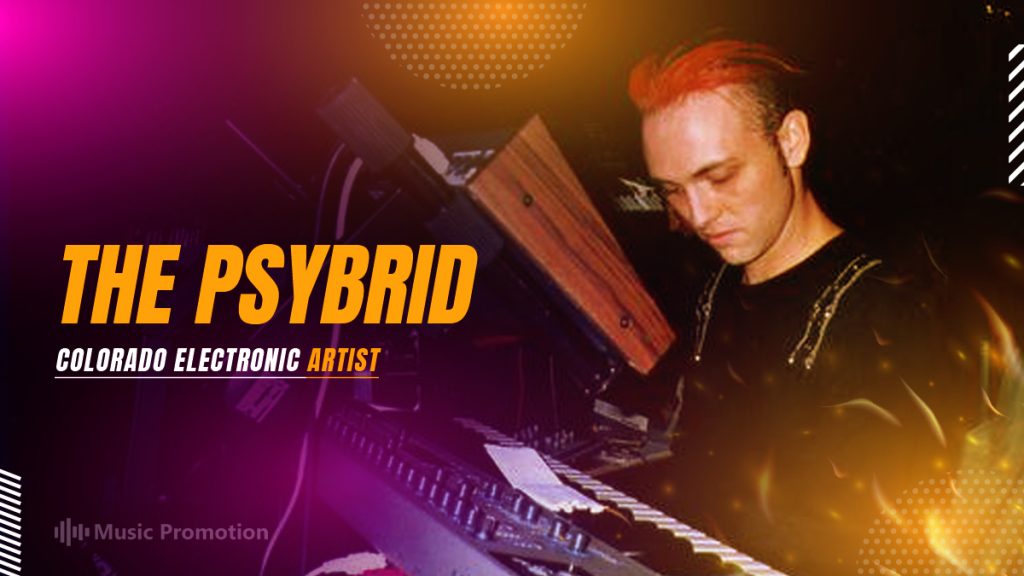 Hailing from Denver, United States, Wesley always has a keen interest in music. And with time he has started working on his music. He had to face a lot of hurdles in his life and still made the best out of every situation. The music offered by The Psybrid is pure ecstasy and has been appreciated by a lot of people. His music is fresh and very entertaining; nothing would be as gripping as his magnificent ways of making a song. One of his earliest Ethereal numbers ‘Talon’ has a lot of potentials. He is a god when it comes to dark waves or dark electronics.

His track ‘Necromanteion’ is another extremely gripping number dark electronic number, which will make feel the chilling vibes down your spine. This Colorado Electronic Artist has delivered some extremely well-elaborated and reflective numbers in his musical body of work. From his supreme quality music and his unyielding diction, he has a long to travel offering the world the unique gothic styles of his music and also the daunting and diverse titles that he chooses for his songs. And now he is making music while infusing the two most contradictory musical forms gothic and electronic, and this unique concoction is offering tracks like ‘Necromanteion’.

‘SOL’, ‘Siva the Destroyer’, ‘Cultivate’, ‘Washing Machine’, ‘Rabbit ears’, ‘Cyrix COMA’, ‘Implant’, ‘In Ever’, ‘Devil’s Breath’, ‘Mindwipe’, ‘Prima materia’, and ‘Talon’ are a product of the same the one of a kind concoction. There are more of his much-cultivated numbers that have offered some gripping vibes to dance along to. The instincts of these songs are very overwhelming sometimes; The Psybrid made sure that his listeners are given a bit of everything through his numbers. For more updates follow him on Facebook, Last FM, YouTube, Vimeo, SoundCloud, and his official website.

To check out the songs of The Psybrid, visit the given link: https://soundcloud.com/psybrid