Brooklyn, Jun 6, 2018 (Worldfrontnews.com) – Chris Kidd’s songs set him apart from others in an incredible way. The artist’s voice is soaked in reverberating beats that rides with a superb ambiance. He performs in a superb way in all his songs. The tracks have both rap and melody that leaves it in a structurally powerful position. The vibe changes after the first pause and explodes in a highly energetic and passionate move in the songs. It further breaks down, as the flow of his tone changes and really starts to focus on different parts of the songs. The confident voice of the artist hooks audiences to his profile on Soundcloud. 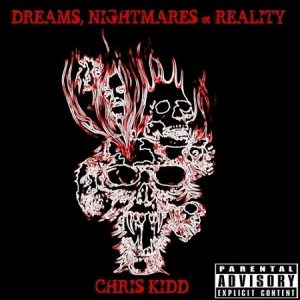 Chris Kidd from Brooklyn, New York gradually builds up both the story and sentiment. It strikes a perfect introduction that lulls his audiences to listen to more and more of his songs. He likes to address himself as a mixture of Michael Jackson, Tyler the Creator and Eminem. Taking the genre of alternative rap into next level, he rebuilds his music with the height of energy followed by a calming atmosphere. The beat of this piece is superb and works in unison with the music progression. The more involved you are in the story, the more elated you will feel while listening to the songs.

Chris Kidd is more involved in composing songs than his any other contemporaries. His lyrics really sink in and have an addictive quality that is simply not enough. The echoing snares in the songs with a solid bass loom in the background. It harmonizes into the mix and creates some amazing tunes. If you have been interested in Chris Kidd and his songs, listen to ‘Habit of Mine’, ‘Realer than Da Rest’, ‘They Don’t Care About Us’, ‘What’s Ya Name’, ‘Nobody Cares’, ‘Da One for Me’ and many more amazing hip hop and rap songs. Fans can also connect and follow him on Facebook, YouTube, and Instagram.

To check out the songs of Chris Kidd, visit the given link : https://soundcloud.com/chriskidd