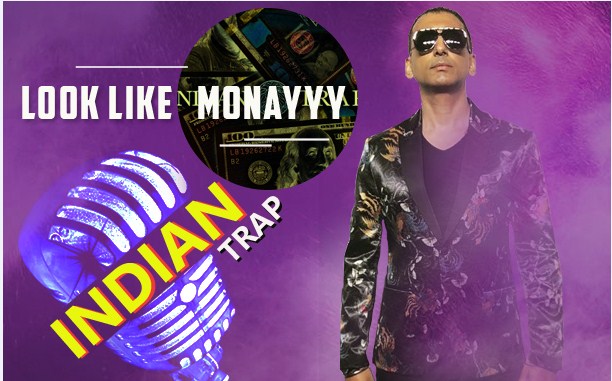 Indian trap takes its place among the few evergreen top artists in the world. Its latest hit “look like monayyy” is the ultimate party anthem that has been released this year.  Since its launch, it has occupied the number one position in the billboards. Coming from a modest background he is a self-made man fighting through numerous struggles but never once giving up. Being introduced to music at the age of 7 he pursued his passion of being a DJ and worked across the UK and Europe. He took his break with his prestigious music award that he won from Ministry of Sound-DJ Idol Competition. He got to perform with world-renowned DJs like Tiesto, Paul Oakenfold, and David Guetta. He has produced hit records for Shakira and Cassie and even remixed for artists like Beyonce and Lady Gaga.

Coming from a multi-genre background he has got flair in more than one genre of music. His latest single “look like monayyy” is the ultimate mix-genre songs that will make you not only groove with its bass and beats but also sing along to its melody. The song has a flawless rap with beasts and beats through the rhythm ending with a soft whistle characterized by Indian music. The song is synchronized on three levels of lyrics melody and bass. With his background in hip-hop and rap, some of the other styles that he experiments with are EDM, pop, Punjabi etc.

Even though he has achieved the much-needed fame he still remains and maintains a humble relationship with his fans. He has active social media accounts on Twitter, Facebook, and Instagram. The comments show the love his fans have for his unique musical talent. He has become a worldwide sensation through his warm-hearted nature and his love for music in its true sense.

To listen to this track, please visit the link :

For  more updates, Please check out  these Social link :