Lose Yourself into Missyou’s Mesmerizing New Music Video ‘Your Body’ 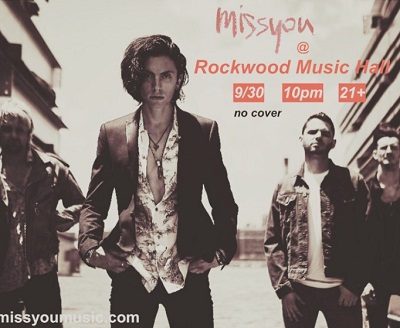 Flourishing music band Missyou makes a huge comeback with their alt pop rock music video ‘Your Body’ which is steadily trending on YouTube. This talented band of four members from New York, United States specializes in alt pop rock music genre. This video was published by missyoumusic on 5th September of this year. This video is licensed under the label named Audiam. They believe in the freedom of expression and their music draws inspiration from all things.

Missyou’s latest music video ‘Your Body(Official Music Video)’ is a bright, hopeful and romantic one that offers intense feel-good vibes and an upbeat level of energy fills the room with a lot of warmth. This band’s ever-familiar and familiar vocal tone and delivery, and even their manner of crafting music videos, presents itself from the offset and it leaves behind a powerful alt pop rock aura. This is a not a genre-based sense of beauty and togetherness which speaks largely in favour of their song writing.

As always, the effort and passion of the band pours into the music of the video add more weight and character to the whole music video. The subject matter, thoughts and concepts make this video come off as fairly new and exciting to stumble upon.  In addition, this video delivers a very impressive set of hook section which is simple but effective in making a lasting impression in the minds and hearts of the audiences. The descriptive nature of the lyricism keeps you involved throughout the video and gets you hooked to this artist’s work.