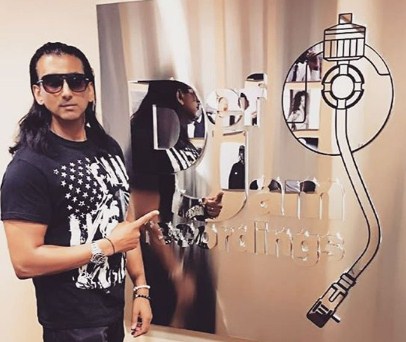 It seems that Indian Trap, the viral musician on SoundCloud has sworn himself to make it to the top charts with his exciting fusion music pieces. After ‘Look Like Monayyy’ and its different versions has made SoundCloud listeners dance to its beats, this extravagant artist is back with a bang with new single ‘Trapped’. Jay Singh, famed as Indian Trap has no forgotten his Indian cultural roots despite of being born and brought up in London. His family is the main reason behind his lover for Indian music especially Punjabi, bollywood and of course bhangra. Singh’s father, a renowned Punjabi folk musician and his grandparents, celebrated table players are the Source of his inspiration.

Indian Trap is the most suitable example of contemporary fusion music. He masters on different genres like hip hop, pop and of course Indian classical and what makes him apart from other artists is his ability to beautifully blend this genres. In the track ‘Look Like Monayyy’ Indian Trap has worked with outstanding singer Kreszenzia and their team work was outstanding. After the grand success of this single, Indian trap has again chosen the ravishing singer for his next project ‘Trapped’ and this time to increase the temptation rap singer Chris Scholar has joined them.

The single ‘Trapped’ is the perfect party banger for this season. The track begins with the chorus of Punjabi style folk followed by the feet tapping beats and Kreszenzia’s flawless rapping. The excellent musicality created by the instruments sets the tone for this single. Be it the lyrics, the production style or the performances of the artists, Indian Trap has again proved that he truly deserves to be in the top notch position in SoundCloud. Global music enthusiast if you really want to refuel your energy levels, listen to this amazing single now streaming on SoundCloud.