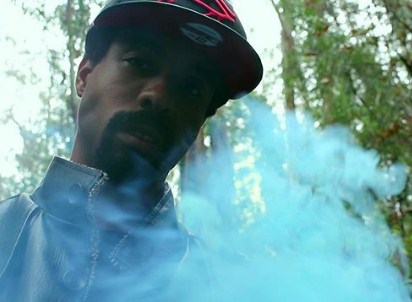 If you are a hip hop and rap music enthusiast, you must know how important lyrics are in a track. It is through the lyrics an artist is able to express himself to his/her listeners. With the hip hop music scene getting reclined towards more music, the lyrics of hip hop that used to its strongest tool in the past has somehow lost its charm. This 2019 one new artist named Blak Blayk has indeed gifted the listeners to the true worth of a hip hop music piece. The California based hip-hop lyricist has dropped some beautiful compositions that are metaphorically rich and loaded with eclectic music. His new playlist is an amalgamation of six mystic music pieces. Headover to SoundCloud and get lost into lyrical jugglery with the dapper artist.

Being based on California, Blak Blayk has been heavily influenced by the rap culture since his childhood. He practised songwriting which became his weapon eventually. He jotted down many tracks that attained popularity in Soundcloud. His remarkable projects include the singles of his album ‘Visions of my Crucifixion’ and ‘It was all a Good week ago’. Recently, the new project by Blak Blayk is going viral in the platform.  The singles of ‘CRWNJWLS’ are very alluring loaded with hypnotic music and engaging lyrics.

Opening track ‘CRWNJWLS’ produced by jshirts is indeed the best out of the six. Artist Blayk starts with full-on energy and the right attitude required for the genre. His fluency of jargons and his rare voice texture will hook the listeners. The track is produced by jshirts where he has proved his production genius. Also, don’t miss the other singles of this playlist produced by other producers. Blak Blayk is very active on Instagram. If you want to have a sneak peek at his behind-the-scenes activity, then follow him on Instagram.

To check out the songs of Blak Blayk, visit the given link :