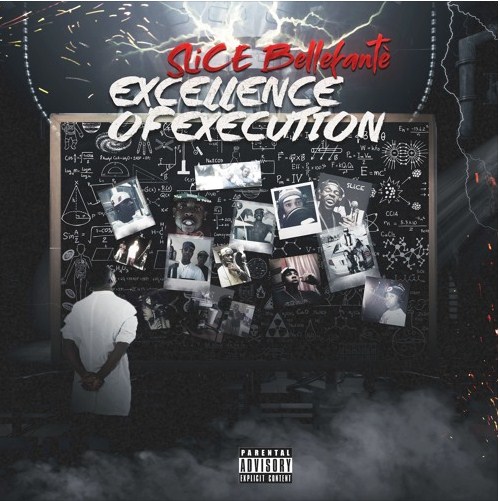 Soundcloud, the biggest music platform has always catered to enthusiasm to the music admirers for quite some time. This time it has assisted a young musician named, SLiCE Bellefantè to showcase his musicality with his unique album ‘The Excellence Of Execution’ which comprises nineteen tracks like, ‘The Excellence Of Execution’, ‘The Real is back’, ‘kill It’, ‘How To Get It’ etc. The refreshing attitude of this singer will uplift your soul and you will surely kick start tapping your toes. The beat which engulfs this album captivates the listeners with its magnetic impact. These tracks produce a quaint kind of addiction which almost hypnotizes music listeners and they get confused as they don’t comprehend how to take an exit from these intense grooves.

Despite this album being immensely energetic and stimulating, these simultaneously relax the minds of the music freaks. This has a seductive tone underlying the songs which automatically grabs the minds of the patrons.  This album ‘The Excellence Of Execution’ acts as medicine which heals all the wounds of minds and audiences eagerly wait to experience more such tunes like these. The breathtaking tonal quality of the vocalist will transcend your soul to a distinct world, which will seem much more tranquil to you than your own realm. The simple yet entertaining lyrics sound nice as well as familiar to the listeners. The memorable hook of these songs makes the music listeners preserve these songs in their hearts long after they listen to these.

SLiCE Bellefantè is a New Hersey based artist is a newbie artist who has already become renowned for his immense contributions in Hip-hop. His upcoming project is Garden State Massacre 3 &SG2. He works for Garden State Empire Production House. SLiCE Bellefantè’s works are a reflection of the ’90s as he belongs to that time zone. You can visit this determined artist on his Instagram and Twitter accounts.

To listen the songs of album ‘The Excellence of Execution’ visit the given link :