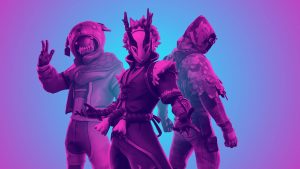 After ten weeks of intense competition, the finals of the Fortnite World Cup will commence from 26 July in New York. To make the games more intensified and interesting the organizers, Epic Games announced total prize money of amount $30 million.

But not everyone was fortunate enough to make it to the finals. And it is surprising to see that some of the strongest contenders of the title have already been eliminated in the qualifier stage.

Following are the Fortnite Battle Royale pros who missed the opportunity to become the first-ever champion of this competition.

The eSports player from the USA, who was there to fill in for the Tfue will be unfortunately missing out from the list of finals. Everyone knows how deadly the combination of NICKMERCKS and Aydan is. All the fans will definitely miss their intense battle.

72 hours who came second in Tier 1 Winter Royale in North America and first in Tier 2 Fortnite Fall Skirmish in North America last year, will also be missing out from the finals. The combination of 72 hours and Vivid got hit by a queue of 4 minutes, which cost them their chance to be in the finals.

Daequan who invented the Double Pump is one of the most popular Fortnite players. But it is very unfortunate that this talented 25 years old will be missing out from the finals due to some spine complications that kept him out of practice.

The star player and captain of Faze clan also couldn’t qualify for the finals due to the reason that Tfue filed a lawsuit against the clan. As a result, they did not compete for a few weeks and paved their way out of the competition.

The fact that the NRG eSports Fortnite pro Symfuhny also could not make it to the finals surprised many fans. He was constantly changing his partners and never got settled; this cost him a place in the finals.

Not only these players but other big names like Svennoss, Chap (Team Liquid), SypherPK (Luminosity Gaming), Kamo (Ghost Gaming), Ninja and Myth (TSM) also missed the chance to be in the finals.