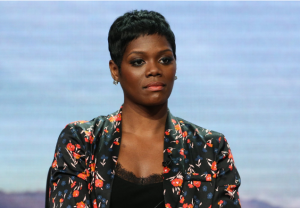 Afton Williamson, the star of The Rookie, took to social media to announce that she would not make a comeback to the show after being harassed sexually and racially. She has also revealed the names who had assaulted her.

She confessed on social media that Demetrius Grosse, who had appeared on The Rookie as a guest star, sexually harassed her many times, allegedly.

She has also accused Hair Department Head Salie Ciganovich as the one who had allegedly made racial comments against her and also sexually assaulted her.

The Rookie star Afton Williamson has also made complaints against the showrunner Alexi Hawley who couldn’t put end to this matter.

She stated on social media that she was very much overwhelmed with the love, kind words, strength filled messages and support that everyone showered upon her. The rippling effect of Instagram showed that the world is filled with victims of racial discrimination, sexual assault, sexual abuse, and sexual harassment.

A fan of her wished that this awful experience must not hinder her talent or the love for her job and she should continue to speak out against these sorts of situations and use them as a fuel for her passion; wished her all the love and luck for her future.

Another person expressed her sadness that Williamson would not be a part of the show in the next season. She also said that she loved her character and happy to know that she is an actress who knows her worth and not afraid of these situations.

The backer commented that she was wondering where she had been all this time, while others were talking about the second season. She was her favorite and felt sorry for the awful situations she had to face and glad that she did what is best for her, and wished for her strength.