Changes in Georgia are positive for the Hemp and CBD industry but legal uncertainty shows why Colorado-based companies like West Coast Ventures Corp. (OTC: WCVC) have an advantage. 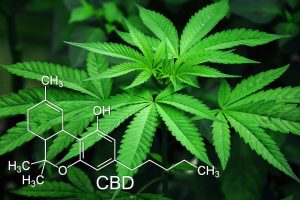 After the implementation of the “Hemp Farming Law of Georgia”, more and more cities and counties are taking measures not to prosecute or persecute those in possession of small quantities of marijuana, and have given instructions to their police departments. Despite this the specific legality remains unclear and companies based in more liberal states, such as West Coast Ventures Corp. (OTC: WCVC)have a distinct advantage.

WCVC has been able to use the stability provided by cannabis-friendly legislation to grow their business rapidly. Their Illegal Brands water and CBD sachets have proven incredibly popular with consumers and have helped the company carve out a niche and gain an early first-mover advantage. Georgian companies are not so fortunate.

The “Georgia Hemp Cultivation Act,” May 10, 2019, allows hemp plants containing Tetrahydrocannabinol (THC) to be produced by licensed producers and owned by individuals. The problem with law enforcement arises in determining the difference between now legal hemp and marijuana that remains illegal.

In this respect, counties like Gwinnett with immediate effect, The police will not make arrests nor will emit citations by crimes related to minor quantities of marijuana. Although it will still prosecute felonies involving serious amounts of marijuana, something that will need to be reviewed by the District Attorney’s Office on a case-by-case basis.

In addition, the city of Duluth, as part of Gwinnett County, has issued the same instruction to its police department.

The county of Cobb, is until now the last jurisdiction of Georgia to suspend the prosecution of minor infractions of marijuana as a result of the new state law of hemp. Cobb police chief Tim Cox recently announced that his department would make “a temporary procedural change” until a “remedy” is found.

In this demarcation any lesser amount of marijuana that an officer finds will be confiscated and sent to the Evidence Unit for destruction. And no criminal charges will be filed until a solution to this dilemma is found.

Currently, there is no acceptable court test that can differentiate between hemp and marijuana. The GBI is, therefore, researching methods and technologies to address this problem.

Saint Catherine Hospice, serving the Dallas Arlington Forth Worth Areas!