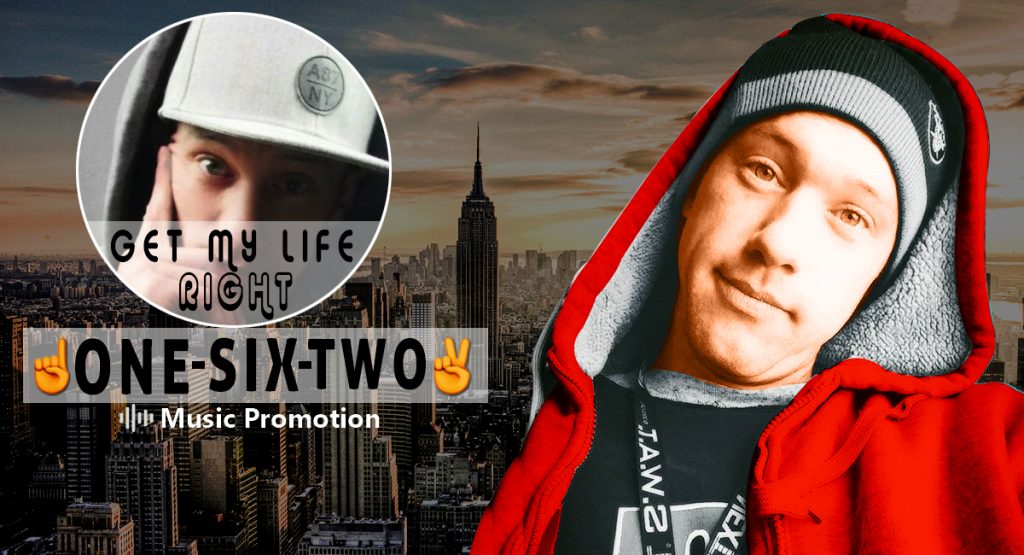 One Six Two is a male young singer who hails from Mendocino. The 33-year-old musician is also into production and songwriting. The singer of the song ‘Get My Life Right’ has his own production house named ‘One Six Two Studio’s’. The Mendocino hip hop artist works with local musicians along with well-known musicians from across the globe. He has bagged 5 awards last year for his splendid display of artistry in hip hop songs. The singer has his hit songs played on radio stations all across the globe and he was also awarded for topping the chart. He also performs locally in the streets of California.

The music by this famous star is appealing across generations because of the unique style that he has got that is very much old school. You can connect with him through Instagram. You could also log into Soundcloud, Spotify and apple music to listen to his music. His song ‘Get My Life Right’ has reflected his skill in hip hop in the most exotic way. The bass line of the song is quite delicate and giving it a retro feel. The vocal melody of the song is quite crisp which has been incredibly done. The song has a contemporary appeal and at the same time, there is a feeling of the old school. This contrast makes the song even more interesting and has been impressively crafted.

In the song there is an element of soft funk that the listener will really enjoy. The melody in the vocals covers the array of the soundscape in the most brilliant way. The intensity in the style of delivery is mild although the flow of rap is relentless. A magnificent contrast is drawn that aggravates the element of artistry in the rendition. The song has got elements of fusion.

Check out to listen this song ‘Get My Life Right’ by OneSixTwo :    https://soundcloud.com/onesixtwo/get-my-life-right-by-onesixtwomust-be-fate-vol1