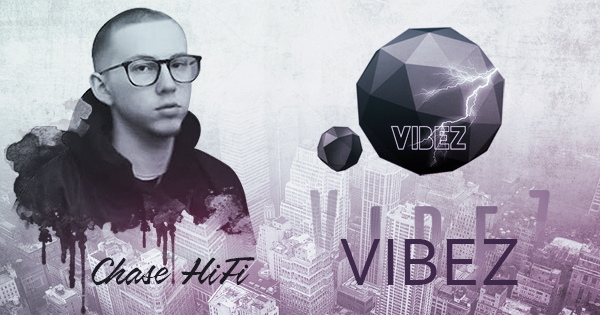 Every fan craves for a kind of project that can hit them with a hard impact and also leave a long-lasting effect. The Kansas City Producer Chase HiFi has produced such a kind of musical arrangement that is euphoria to the hip hop fans. The musical collection ‘Vibez’ has a mesmerizing effect, which won’t let you turn off the music. It is a captivating and intense collection of music; some of these are fusing with heavy beats and energetic raps, and others are designed with a scintillating backdrop and entrancing soundscape. There are so many elements present in the tracks that you won’t feel like deprived of any factor of the hip hop genre.

The greatest thing about this collection is that the addictive ambiance is set up from the very first track ‘Wet’. The enthralling soundscape sets up the mood for the raw magnificence to follow. And, then as you move into the project the atmosphere gets charged up with each passing track. The tracks ‘Do Ya Thing’, ‘Miami Beach’, ‘Party With Cardi’, and ‘Steady Sippin’ carries the initial flow of the project. The organic beats, heavy bass, energetic vocal deliveries, and well-crafted sound design make the album loaded with awesomeness.

There are also moments of melody present in the tracks, and also has a freestyle flow to the beats. At the end of the collection, it seems to be finished, yet creates an urge in the listeners’ minds to listen to the entire thing immediately after its end. The spoken words are well-written; they slowly come close to you and suddenly pull you into the awesome phenomena. Chase HiFi has been producing excellent music under the label name of Spicer and this project is also no exception. Stream the entire album on the online music platform SoundCloud. And, follow him on Instagram, Facebook, and Twitter for more updates.

To enjoy this playlist visit the given soundcloud link : https://soundcloud.com/chasehifii/sets/vibez