The Beta For Monster Hunter World: Iceborn Will Be Available For Free Over The Entire Weekend For All Xbox One And PS4 Users 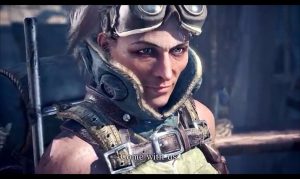 It is already a known fact that the popularity of Monster Hunter: World has earned the title of a successful game run. Their aperture into various thematic and story-telling enhancements elevated the quality of the game over time since its initial release back in 2018. However, in their latest installment, they have surprised fans by introducing an open-world design scheme that is intense and unbelievable along with various other captivating monsters allowing the players to work up their skills. It is time to rejoice their new expansion pack called Iceborn set for an official release on 6th September.

With just a week from getting your hands on one of the most anticipated releases of the game’s new installment, Capcom has a surprise for all the fans out there as the Iceborn beta for Monster Hunter: World Is Available For Free  over the weekend for Xbox One and PS4 users. If you consider yourself unlucky to have missed the beta the last time, this is your chance to follow up and enjoy the intensity of the game’s icy actions. Some are saying that Iceborn is an update with massive changes. So much so that it can be categorized as a whole new Monster Hunter game altogether.

Players will get their hands on a compelling set of new monster models in the new installment and play along with their strategic schemes to defeat them all in combat. Some of the trailers for Iceborn are already doing the rounds and from the likes of it, the visual composure is no short of a spectacle. Every time, Capcom has delivered something out of the box as a surprise addition. The new monster sets are very different from one another with uniqueness in their possessed powers and attributes and the player will have to do long plannings to come out victorious. None of the two monsters are similar and some of them are quite a challenge for the players to take down. Here, strategy plays the main role and finding your way out of the story progression is a rewarding experience.

This time, there are going to be 14 new weapons that the players will have to master throughout the game. Each differs in terms of combos and moves. Their design escapades have also been developed carefully which will make Iceborn a definite stand-out. One of the most interesting weapon additions in the expansion pack that the fans know of is a clutch claw, a major one that allows the players to grapple with the opposing monsters. This addition will come in handy and allow the gamer to develop their defense against the monsters with a new outlook.

The new environments that are going to get featured in the new update are also commendable. From the name itself, it can be assumed that the entire scope of the game will be filled with ice and snow. The player will move through these obstacles as they go through various quests. There are many tall snow-capped mountains, ice-covered lakes, and risky wastelands with nothing but powdered ice.

If you want to get a load of this megalomaniac game before its official release, keep your consoles ready for this weekend. The beta for this version is going to be completely free and you will be able to experience the intricacies of Monster Hunter: World with a new perspective. The new monsters and the new weapons will help in the development of some amazing game tactics. The update is quite substantial and will only add to the greatness of the game.