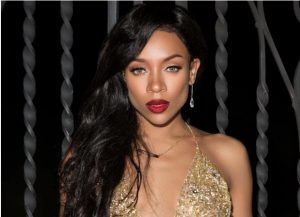 The American rapper Meek Mill wasn’t impressed at Lil Mama’s behavior and humiliated her for it. All this happened after Lil Mama made some romantic gestures towards him on Instagram. Now, Meek Mill is being dragged for telling Lil Mama  some nasty things.

Meek Mill posted a picture of YG and Kehlani on his Instagram account after the completion of Hot Girl Summer.

The rapper also stated that he was looking for a wife at that point and Lil Mama interrupted it with one of her Instagram posts.

She caught a lot of attention from the fans of both Meek Mill and her, with her question that why he didn’t simply post for her.

Well, Meek Mill didn’t take this too well and humiliated her with his reply.

Some of his fans also started mocking Lil Mama. But, her fans came to defend her.

One commenter stated that only Meek’s money makes him look good and he is not Nas or some other big shot.

Another one stated that Lil Mama raps better than most of the other girl rappers and she is also gorgeous and honest.

A critic remarked that this was what he would like to call a curve and once someone dates Nicki Minaj, there is nothing coming next.

Another follower stated Lil Mama is beautiful and multi-talented but underrated. And, she also hates the way Lil Mama has been bullied over the years. She also hoped that Lil Mama might find a deserving man, who would appreciate her.

A person said that Lil Mama is pretty and it is a shame that the pro-black women are making fun of the beautiful dark-skinned woman and also added that Meek looks like a thumb.

It seems that Lil Mama is quite bothered with this series of events. Some have also said that there might be something going on between these two but Meek is playing the hard to get game.