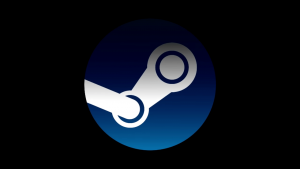 Games with destructive gameplay are certainly awesome to play. The environment of the game captivates you more due to its realness. Games that allow the players to run into buildings with vehicles and crumbling down that portion are more fun to play due to this kind of physics.

Teardown Game from Tuxedo Labs is certainly one of those games that are full of this kind of physics and an interesting storyline. It is about a heist playing out in a world full of simulation and destruction. The trailer of the game was recently released on YouTube and the destructible environment is certainly awesome.

The video was released by Dennis Gustafsson, the developer. He wanders around the setup of the game to show the destruction that can be caused and how realistic the gameplay is. The video starts with the user swinging a hammer at one of the power poles that immediately falls. The entire gameplay is so satisfying and incredible too.

The gameplay pivots a factory complex, where the user has to accumulate several key cards. A map will be made available to the player at each of the levels. Players can use the map to get an idea about the surroundings and plan their mission according to it. It isn’t as simple as it seems. As soon as you take the first key card the alarm gets triggered, giving you only sixty seconds to collect all the other key cards and get out of there before the security arrives.

You can enter the buildings any way you want. Either open the door or simply break down the window; everything depends on your will. Each and every element of the game is interactive. You can do whatever you want, just like a sandbox with no constrains.

The game doesn’t have an official release date yet. But, the game seems fun and perfect to play around with destructive capabilities. The developer Dennis Gustafsson must be appreciated for the unique design and gameplay.